← Did You Choose To Be Straight?
Terrorists Feeling — Not BEING — Powerful → 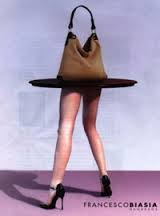 I can’t appreciate an attractive woman without objectifying her? Because I don’t see her as a whole person? Because I don’t know her likes and dislikes? Her hopes and dreams? If she owns a dog?

A man asked me that question when I made a distinction between “sex object” and “sexy.”

Sexual objectification isn’t about being sexy or sexual so much as being sexy for someone else while you don’t matter.

To translate Stanford’s Encyclopedia of Philosophy, sexual objectification is a problem because:

So you notice an attractive person

So you notice someone walking down the street. You glance over, find her attractive, and feel great appreciation. You are not thinking about her inner life or her thoughts and feelings.

Have you just objectified by doing #4-6?

Actually, no. That’s simple human desire. Objectification facilitates harm because the person is just an object, and no one worries about hurting objects:

4. the person’s experiences and feelings aren’t taken into account — as you do harm

6. looks are all that matter and the person is reduced to their body, or body parts — and harmed because s/he wants to be seen as more

Here are examples of going beyond mere desire and causing harm because it’s all about the package. An object’s thoughts and feelings don’t matter:

Not caring about feelings: Cat-calling and Ogling

A woman walks by and a man stares, making her feel uncomfortable as his eyes take ownership of her. Or he cat-calls. Either way, he’s unconcerned for her feelings and fails to respect her boundaries. She will likely feel threatened and uncomfortable. And harm is done.

Or you ogle (stare at) “other women” and your partner is hurt. But you don’t care that you hurt your partner. Her feelings don’t matter. Harm is done.

Not caring about feelings in bed

In another scenario a man charms a woman into bed, realizing that she might want more than sex, but they don’t have a conversation to find out.

Or, maybe “she” yearns for connection but “he’s” so distracted by her body parts that he isn’t sensitive to her needs. She’s just an interchangeable thing but she wants to be more.

Or, a guy meets a girl and “scores” so that he can brag to the guys. He doesn’t care if she’s likely to be hurt by being slut-shamed — he does it anyway.

Sometimes a man pressures his partner to perform sex acts that she dislikes, hates, feels uncomfortable with… If he pressures her then he is seeing her as existing for his own purposes without concern for her experiences and feelings. He expects her to bring him increased pleasure even if it brings her increased pain.

Worse, a man might force a woman to perform acts that she hasn’t consented to. In that case she lacks agency, autonomy, self-determination and voice. And he doesn’t care about her feelings.

Women can objectify themselves, too, often without realizing it.

Maybe she’s solely focused on “his” pleasure, with no concern for her own enjoyment. She’s focused on: How she looks to “him.” If she’s doing it right. She’s so distracted that she can’t enjoy anything. (Sorry to say, been there done that, myself. 88% of my students have, too.)

You could switch gender around… But

The gender roles of all of the above could be reversed, but usually they aren’t. And that’s probably because our culture strongly objectifies women — much, much more than men.

Our culture does not eroticize the male body by:

It’s all about harm

Objectification is all about harm. Whether creating harm in the moment or creating the conditions that harm — like depicting women as just a body or just a collection of body parts, which work to create a mindset that makes harming women more likely.

But if you just notice and appreciate an attractive person without causing harm — then no harm done. That’s not objectification.

← Did You Choose To Be Straight?
Terrorists Feeling — Not BEING — Powerful →