As we look to the inauguration of the 46th US president, who will preside over our constitutional democratic republic, my mind travels back to January 6 when thousands of angry Trump supporters attempted to violently overthrow a free and fair election.

The rioters surely felt powerful as they stormed the U.S. Capitol, climbed its stairs and walls, bashed its windows with pro-Trump flag poles, trashed Statuary Hall and Congressional offices, and sat at the Senate Dias and in the Speaker’s seat.

But in the end they weren’t so powerful after all, their acts sparking an enormous backlash.

Why the Hostility to Black Lives? 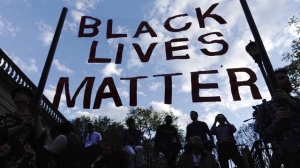 “Whites are taught not to have empathy for blacks.”

I read that in an article discussing hostility to the Black Lives Matter movement, but wondered: “Is that really true” And why bother to teach that?” END_OF_DOCUMENT_TOKEN_TO_BE_REPLACED

When I was younger I wondered why feminists complained about sexual objectification. What’s wrong with finding someone attractive, I wondered?

Now I know that objectifying and desiring aren’t the same thing. But I’ve also learned that plenty of people are confused, like I was. When I talk about objectification I get reactions like:

Election Day is just weeks away and I’ll be voting for Joe Biden for President as quickly as I can.

I’m particularly concerned with Covid-19, healthcare, the economy, race relations and women’s rights, the climate, the Supreme Court and our democracy.
END_OF_DOCUMENT_TOKEN_TO_BE_REPLACED

The Rules vs The Game

The Rules and The Game are manuals created to teach men and women how to attract the opposite sex. What do they tell us about the war between the sexes in this new millennium? For in these manuals, it is war. END_OF_DOCUMENT_TOKEN_TO_BE_REPLACED

Tags: sexism, The Game, The Rules

While the women and men I surveyed were about equally likely to worry, the women sometimes described their concern a little differently from the men. END_OF_DOCUMENT_TOKEN_TO_BE_REPLACED

Do men worry about “doing it right?”

I asked both women and men students in my classes if they ever worry about whether they are “doing it right” when they have sex.

Let’s start with the men, all of whom are 1st and 2nd year students, and most of whom are in their late teens/early twenties.

I asked 69 of my men students who had sex with women (straight/bi) this question:

So most do. And then I did another qualitative survey of 26 men, where I asked them to talk about their answer to see what their concerns revolved around. (Fyi, 65% of this sample worried about “doing it right.”) END_OF_DOCUMENT_TOKEN_TO_BE_REPLACED

For as long as I can remember I looked to men for approval.

Why? Maybe it was my absent father who was only around for dinner and bed. He paid the rent but didn’t show me much interest. And he favored cousin Daniel over me.

So I made it my mission to become his favorite child. END_OF_DOCUMENT_TOKEN_TO_BE_REPLACED

Men, Welcome to the Sisterhood of Womankind

Would you experience yourself differently if our gendered language flipped?

Let’s try talking about humans and the human experience as woman, womankind, sisters and sisterhood? Not man, mankind…

Welcome all, women and men alike, to the sisterhood of womankind. END_OF_DOCUMENT_TOKEN_TO_BE_REPLACED

Sexual Objectification and Me

I cut my jeans into skimpy shorts, befriended the weed-smoking troublemakers in detention, and ditched the classes I once cared about.

That’s how I rebelled in frustration over a learning disability that I eventually overcame.

In the meantime, my self-esteem came from self-objectification: Reducing myself to my body while neglecting the rest of me. END_OF_DOCUMENT_TOKEN_TO_BE_REPLACED