← Must Sexual Orientation be Biological?
Are Men More Likely to Separate Love & Sex? → 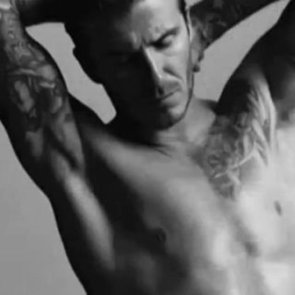 This Super Bowl Sunday the tables turned — at least a little — as “sex sells” warped into the alluring form of David Beckham, who flaunted his buffed bod to promote his H&M bodywear.

As Mary Elizabeth Williams over at Salon described it:

He flexes his numerous tattooed muscles to the tune of “Please Don’t Let Me Be Misunderstood,” glowers in an “I mean business here” way that’s remarkably persuasive, and uh, I forget what I was talking about.

Does Beckham bring balance to the scales of objectification? From Ryan Reynolds to Ryan Gosling to Taylor Lautner men’s bodies are increasingly drooled over.

While we are seeing more sexy guys, the fact that it’s newsworthy says it’s a bit unusual. 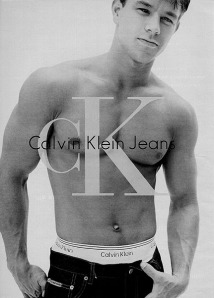 But last November DETAILS’ tackled men’s rising fixation with their bodies. Their slide show traced the phenomenon from 1986 home gym informercials through Mark Wahlberg’s giant Times Square boxer briefs ad (that snarled traffic in ‘92) to the emergence of light beer and the “the slim silhouette.” By 2002 Us, In Touch, Star and OK! eagerly exposed men’s six-packs. In 2008 Beckham’s Armani briefs overtook giant billboards on Main Street. And Emma Stone could be heard shrieking, “Seriously?! It’s like you’re Photoshopped!” as she gaped at Ryan Gosling’s rippled abs in Crazy, Stupid, Love.

So is this a turn for the good?

I don’t think it’s a problem to see some sexy men and women in ads. The problem comes when this is the main way people (okay, women, in reality) are portrayed.

And when ALL we see is sexy women, even women start to see females as “the sexy ones.” What are we supposed to look at? It’s hot to see some sizzle emerge in a male form.

And so long as men continue to be portrayed in plenty of other ways Beckham, et al., will hardly transform men-at-large into sex objects.

On the other hand, men are becoming more body-conscious and young men are increasingly falling victim to anorexia and exercise addiction, while cosmetic surgery has increased 88% among men between 1997 and 2011.

Some had hoped that if men were objectified they wouldn’t like it and would stop objectifying us. Instead, men and women now both obediently follow body “perfecting” dictates.

But then, it’s not men so much as marketers, male and female, who know that 1) pretty bodies draw attention, even when they have nothing to do with the thing being sold and 2) inciting insecurity moves a lot of product as we spend endless sums hoping to embody a phantom perfection.

Popular Posts on BroadBlogs
Man as Object: Reversing the Gaze
Men, Women React to Male/Female Nudity
How to Look Like a Victoria’s Secret Angel

← Must Sexual Orientation be Biological?
Are Men More Likely to Separate Love & Sex? →