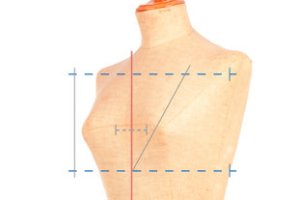 I got breasts in fourth grade. And they have been the center of attention, ever since.

I have no problem with my breasts. I like them. Yet from a young age I have worn baggy tops to minimize “the girls.”

And I’ve had some success. My current partner did not realize how big they were until two weeks into our relationship. For me, that was a nice surprise. It’s nice to know that he loves me, as a person, and not just my breasts.

Throughout my life people have talked about — or rather, talked TO — them, as if they were their own entity. It can be really uncomfortable. Once when I was out with some girlfriends one of them — right in front of a potential partner — exclaimed “Oooooo look how squishy and fun these are! You would like them!” as she proceeded to feel them up.

Until then I had never thought that my breasts were that big a deal. But from then on, it all changed.

Some people think that breasts are natural sex objects because they feel good when they are touched. So I must endure every stare and comment and grope. I don’t see it that way.

I do like the feeling of having them played with during sex. But I also enjoy having fingers run up my leg and stomach, and neither of those are considered sex objects.

I think that “breasts as sex object” is a social construct, since not every culture sexualizes them.

I also think that there is a clear line between what is appropriate and what is degrading.

The over-sexualization of breasts that is used to sell things in our society needs to change. Along with the idea that breasts have to be a certain size or shape or whatever.

However your breasts look, they are fine, and they are beautiful, because they are a part of you.

This was written by one of my students, who asked me to use a pseudonym