Can A Small-Breasted Woman Be Sexiest Woman Alive?

We’re such a big-boob obsessed culture you have to wonder whether small breasted women can ever be seen as sexy.

Turns out, they can. Esquire just named sultry Mila Kunis “Sexiest Woman Alive.” This follows Maxim naming her third hottest woman in the world, while FHM put her in the top 10. Gorgeous mate, Ashton Kutcher, is good with her, too.

Other women of petite boobage have also landed on these lists, and a few years back FHM named Kiera Knightley the hottest of the hot. More recently Kate Middleton’s “Boobgate” inspired 311 million searches for “Middleton topless photos.” (The Duchess also made FHM’s “Hottest 100” this year.) Seems many men find smaller-breasted women attractive.

Now, I’m no fan of objectification and ranking women on lists. But so long as they’re doing it, I am glad to see some branching out from a narrow ideal of “skinny + big boobs = attractive.”

Without implants or obesity, B is the average cup size. Since so many women are an A or B cup it’s no wonder that by age seventeen, 78 percent of young women are unhappy with their bodies – worries about weight being another big issue. 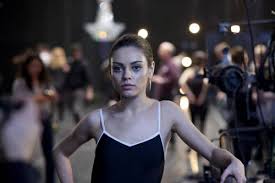 007 Breasts – 007b.com, a website devoted to women and their breasts, gets (not surprisingly?) quite a few male readers. Based on comments they receive WOMEN do most of the fussing over breast size, not men. Men most commonly communicate these thoughts:

So it looks like women don’t need to mutilate themselves and harm their health to be attractive. And moms don’t need to give their seven-year-old daughters a $10,000 voucher for a future boob job, as one did.

And if your boyfriend thinks you’re boobs are too small, it sounds like he’s a boob — get a better boyfriend!

Popular Posts on BroadBlogs
Anything Good About Being A Sex Object?
Beauty Tricks to Remove Your Power