← Trans-racial is Trans-tastic, Rachel Dolezal!
Why So Angry At Trans-Racial Folk? → 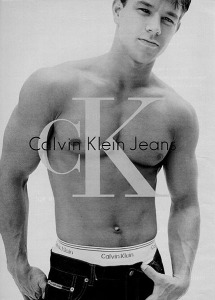 You say that most women don’t find the penis visually arousing. Really? I, personally, find the penis arousing… Do you have any studies to back up your statement?

That’s a question from “Claire.”

Among those using a feminine name when commenting on my blog, only two — including “Claire” — have said they get turned on by a guy’s package and find it hard to believe that all women don’t.

Want to know what women Google when searching for sexual stimulation? Neuroscientist, Ogi Ogas, tells us in his book A Billion Wicked Thoughts.

If women got so aroused by seeing a cock, you’d think they’d make a lot more searches in the privacy of home. Way more than around 1%.

There’s a reason why Playgirl went bankrupt even as a plethora of girlie magazines and websites thrive.

Plenty of women will pay money for celebrity biographies of Leonardo DiCaprio or Johnny Depp, hoping to learn about their love lives. But few will pay to see nude photos of men. As Ogas describes it:

Playgirl was the mirror image of Playboy, complete with graphic, high quality pictures of naked men (though there were no penises in the very first issue, and no erect penises for several years)… 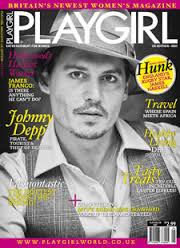 Subscriptions paled in comparison to Playboy (which had plenty of competition). The magazine nearly went out of business the first year. Until gay customers started subscribing. Here’s the AOL search history of one customer:

And most of Playgirl’s advertising was for gay sites.

Meanwhile, movies rarely give glimpses of penises to arouse women and boost ticket sales. Yet we get plenty of peeks at women’s breasts.

Do you remember Anthony Wiener’s crotch shot heard around the world? When he mistakenly tweeted the general public. As I wrote at the time:

Tracy Clark-Flory over at Salon put out a call on Twitter to get women’s reactions to this sort of sexting. Plenty of women wanted to see a man’s chest. But with few exceptions the response to THIS was complete revulsion. When asked whether crotch shots “do it” for them, one tweeter replied, “If by ‘do it’ you mean ‘send me to the toilet retching,’ then yes, they do.”

Flashers seem similarly clueless. Message boards suggest that flashers expect women to get turned on. At least one man finally “got it,” saying, “I simply can’t do it anymore… I found that I was basically just offending woman after woman.”

Women actually seem to be more visually interested in women’s bodies than men’s. As I wrote in another post:

Showing of her body more than his

Chivers then asked the men and women to rate how aroused they felt. But she also used probes to gauge penile swelling and vaginal blood flow.

Men’s responses were as expected.

But women’s genitals and minds seemed to belong to entirely different people. For instance, hetero women’s bodies were more aroused by the exercising woman than by the strolling man – though they claimed otherwise.

In other research, she asked men and women to wear goggles that track eye movement, and had them look at pictures of heterosexual couples in foreplay. The men gazed mostly at the women – their faces and bodies. But the women spent equal time looking at both sexes, with their eyes focused on the men’s faces and the women’s bodies.

So apparently women can be visual. Particularly if they’re looking at women. And that’s probably because our culture strongly eroticizes women’s bodies: selectively hiding and revealing their breasts and butts, creating sexual tension. And then obsessing over these “so sexy” body parts. By comparison, in tribal cultures women’s body parts are just no big deal.

Some women are turned on by nude men

Some women do seem to be aroused by nude men. Like the few who have written to me to say they are.

Or, University of Montréal sex researchers asked men and women about their fantasies. While women were much more likely to fantasize about watching two women making love, 19% fantasized about two guys.

So sure, some women do seem to get aroused by the male body. But then:

Our culture does very little to eroticize the penis. But because we are influenced by things outside of culture, some women can end up finding the male package pretty enticing.

Careful what you wish for

A lot of guys feel bad that women don’t get aroused by the penis in the same way that guys get aroused by breasts. But as I recently said, “Count your blessings.” For more on that, see this post: Want To Be Objectified? Careful What You Wish For

← Trans-racial is Trans-tastic, Rachel Dolezal!
Why So Angry At Trans-Racial Folk? →