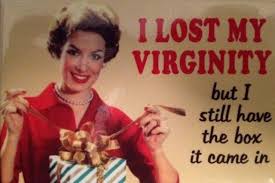 A close friend called me one morning, crying and asking me to come to her house.

When I got there I found her crumpled up on her bed. She told me that she had lost her virginity to her boyfriend the night before and she felt disgusting. She worried that if they ever broke up she wouldn’t be able to find someone else who would want to be with her because she wasn’t a virgin.

Obviously, I told her that she was absolutely not impure. Or anything along those lines.

After we talked, she felt better. But it’s scary to think that there are girls who will believe that once they have sex they are dirty.

The experience reminded me of something Jessica Valenti said in “The Cult of Virginity”:

My sexuality has been defined by that one moment when my virginity was lost. It meant that I was no longer discriminating, no longer “good.”

When her mom found a condom wrapper in her bag she said that if she kept having sex no one would marry her.

But a guy’s status soars to “very, very good, indeed”?!

Yet, virginity has no clear definition. I had never thought about that before reading Valenti’s article.

“What is virginity?” I wondered…

I suppose most people think that intercourse is the deciding factor. But does that mean that gays and lesbians can’t lose theirs? 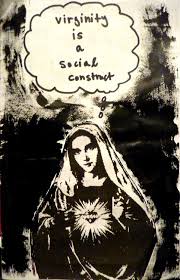 The fact that virginity has so much power over our lives is very strange considering that there is no clear definition.

The more I thought about it, the stranger is seemed that this now-seemingly imaginary label had guided how I had approached relationships and looked at people for so long.

And then there’s the double bind: nowadays it seems most women feel caught between being a slut or a prude.

I have been called both, interestingly enough.

It’s an impossible situation. At some point I simply stopped caring what everyone else thought. But it was a very tough time for me. And I didn’t even have it as bad as some girls.

Double standards and double binds seem to revolve around giving men freedom and power and taking women’s away.

Men are free to do as they will. Women had better watch themselves.

Girls should be the symbol of innocence and purity — but not too much. Boys should be powerful and take what they want.

I believe that women need to take power and control over their sexuality, once and for all.

This was written by one of my students who gave me permission to post it on my blog.