Japan is dead last in sexual satisfaction. Some blame feminism.

“Grass-eating boys” or “herbivores,” as the guys are called, have no real interest in:

As women assume more responsibility at work the balance of power between the sexes shifts, leaving men uninterested in sex, relationships, career, and material things.

On the other hand:

So something else must be going on.

Is the problem a half-changed and work-driven world? The Washington Post points out:

Maybe people just give up.

I’m an introvert and I value many of our qualities. We have rich inner lives and our ability to spend time alone and concentrate helps us to excel in the sciences, writing and creative work. 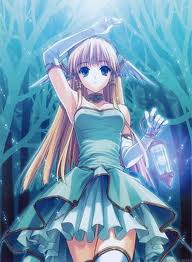 But we have tendencies to draw into ourselves. One reason I need to teach is that it forces me out of my little self-cave. Thomas Jefferson may have had the same penchant. In a letter, he tells one of his daughters to make regular social visits to avoid the family tendency of drawing too tightly into themselves.

The Japanese are fretting over reproducing the next generation. But feminism isn’t the problem so much as a punishing work ethic that leaves no time for family and relationships. Plus  “shut-ins” content with virtual reality.