← Feminists Must Fight For Men’s Rights?
A Sexy Halloween for Grade Schoolers? →

Repression: Not What You Think It Is

A culture of sexual repression

Misconceptions surround sexual repression. And both women and men can be confused.

Some women feel insulted if anyone suggests they might be repressed.

And conversations with guys have made me realize that plenty of them think that repression means, “I really want to have sex with you but I’m going to consciously repress the idea.”

Yes, in the early stages repression can be at least partly conscious. A woman may have sexual feelings and actively work to block them from fear of punishment by God, her parents or “gaining a reputation” — and not a good one — in high school.

But after a while she’s not consciously blocking anything. She simply loses sexual feelings and energy.

And it’s not just punishment that represses.

Society bombards girls and women with the idea that their sexuality is sinful: 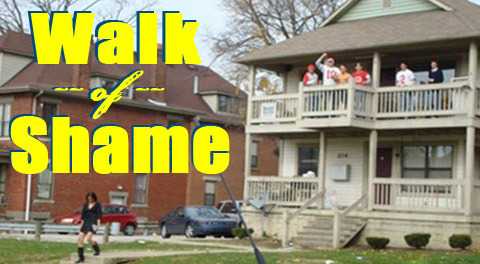 It all gets internalized — society gets in our heads.

Even after a woman marries and “it’s okay,” she may not be that interested — if she is deeply injured.

Otherwise, she may be sexually turned on at first. But after she’s been with him for a while she may lose interest. That’s common. It’s also a sign of repression.

I have probably experienced more problems with this than most, between being raised in one of the most sex-negative religions out there, and in a sex-negative family, with sex-negative friends from my church. Now add some adolescent slut-shaming — even though I had never had sex. And was afraid of it.

I was much more interested in sexuality at age 10 than at age 20.

Women raised in sex-positive societies are easily and multiply orgasmic. And they don’t need mechanical equipment.

Most women living in modern societies aren’t as healthy as they could be. Maybe none are.

But it’s not their fault. It’s society’s fault.

So how to deal with it? That’s a big topic, which I will save for later.

← Feminists Must Fight For Men’s Rights?
A Sexy Halloween for Grade Schoolers? →