Constance Johnson was a domestic violence prosecutor – and also a battered wife.

She met her husband, Ben, in college and fell in love. They got married and were very happy for three years.

But then he began criticizing her. Everything was her fault. He was always right. And she was too fat — at 110 lbs.

After they moved near her husband’s aging parents to help them – Ben’s idea — the violence began. He didn’t seem happy after the move and one morning he decided he didn’t like his breakfast.

“Make it yourself.” Constance told him.

Why are frat boys — the ones who belong to dangerous fraternities, anyway — so intent on degrading and intimidating women?

I suspect the behavior comes partly from inheriting a culture that benefits the “haves” over the “have-nots.” And partly, insecurity at the cusp of manhood.  END_OF_DOCUMENT_TOKEN_TO_BE_REPLACED

If She Was Drunk, Did She Rape Herself? 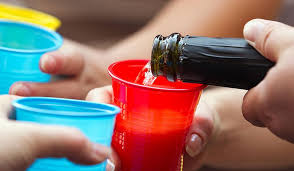 It’s almost universal that gang rape victims are intoxicated, and for some reason when alcohol gets involved, a drunk woman did it to herself.

END_OF_DOCUMENT_TOKEN_TO_BE_REPLACED

I Made Fun of Feminists… Before My Abuse 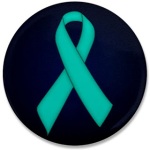 I used to make fun of feminists because I wanted boys to like me. Back before I met a boy who abused me. Before realizing that I lived in a culture that supported my abuse, and that kept me from questioning it.

TRIGGER WARNING May be triggering for some survivors of sexual violence

At seventeen I met my ex-boyfriend. It was small things at first. He’d put me down and laugh it off.

The first time he raped me I didn’t cry. I was numb. I asked if he realized what he’d done and he had said, matter-of-factly, “All girls get raped at some point.” END_OF_DOCUMENT_TOKEN_TO_BE_REPLACED

Trigger Warning: May be triggering for rape victims.

Plenty of people think rape is perpetrated by men who are sick in the head, or men who can’t control their lust for scantily clad women – especially women walking around late at night.

But as most know, rape primarily revolves around power issues. And relatedly, sexual assault is often used to create a sense of manhood and male superiority. The case of Daisy Coleman, who I wrote about recently, helps unveil the evil phenomenon.

END_OF_DOCUMENT_TOKEN_TO_BE_REPLACED

Fourteen-year-old Daisy Coleman was raped and left for dead in freezing temperatures. Despite strong evidence, charges were dropped. And, large parts of her community bullied her. Some told her to apologize to men involved in the attack.

What’s wrong with these folks?

I’ll get to that question in a moment. First her story:

Nearly two years ago, Daisy went to spend the night at her 13-year-old friend’s house. The two were sneaking booze and watching scary movies when Daisy texted a 17-year-old friend of her brother’s – a guy her brother had warned her about. She says,

END_OF_DOCUMENT_TOKEN_TO_BE_REPLACED 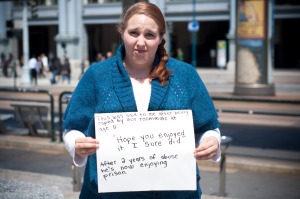 Robin Thicke’s summer hit “Blurred Lines” addresses what  sounds like a grey area between consensual sex and assault. The images in this post place the song into a real-life context. They are from Project Unbreakable, an online photo essay exhibit, and feature women and men holding signs with sentences that their rapist said before, during or after their assault. Let’s begin going through the lyrics:

I know you want it.

Thicke sings “I know you want it,” a phrase that many sexual assault survivors report their rapists saying to justify their actions, as demonstrated over and over in the Project Unbreakable testimonials.  END_OF_DOCUMENT_TOKEN_TO_BE_REPLACED

GIRLS “On All Fours”

If we started saying, “It ain’t sex unless everyone enjoys it” would rape and “gray-rape” (where consent is unclear) become less common? And might we all enjoy sex more?

An Emmy-nominated episode of “Girls” sparks the question.

“On All Fours” finds “Natalia” ready to have sex with “Adam” because, “You’ve been really nice all week.” And then she tells him what she likes and what she doesn’t as they indulge.

The next time is very different.

END_OF_DOCUMENT_TOKEN_TO_BE_REPLACED

She Asked For It?

Why are victims so often blamed for rape?

What’s “her” motive in the situation? What drives the rapist? And who has control?

I’ve been thinking about this as two men are sentenced for joining eighteen others to brutally rape a 16-year-old Richmond, California girl.

She wore a lavender dress to the homecoming dance. But she left early and began dialing her dad to pick her up. And then a schoolmate invited her to join some friends who were drinking on school property, and who encouraged her to drink too much. She said they were polite — at first.

She doesn’t remember anything after one kicked her in the stomach and she fell over.