← Short Hair is for Boys
Don’t Bully: The Kind Campaign → 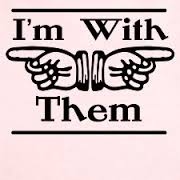 A few weeks ago, a woman invited me to her apartment, then proceeded to interview me for the role of her boyfriend/
lover/escort.

Since I write about polyamorous relationships and since I list myself as “in an open relationship” on Facebook, she figured I must be “available.”

Besides, I’m a guy; aren’t guys always ready for a willing woman?

Polyamory is an understudied phenomenon. Most people aren’t familiar with it. After I explain what it is, people ask how I came to be poly. They think that at some point I decided to do this. That’s not really true, but difficult to explain.

Some people define polyamory as the philosophy and practice of openly and honestly relating intimately to several people at one time; with emphasis on free and responsible choice, mutual consent of all involved, and sincere adherence to personal philosophical values.

I suspect that polyamory can also be an orientation—simply the way some people are. I could decide monogamy is better, then try to force myself to be monogamous; but I suspect I could never be happy that way. I didn’t decide to be polyamorous. I am now sixty-three years old; I feel I have been polyamorous since at least my early twenties.

My parents were married to each other for over forty years. Neither was ever married to anyone else. Same thing for my two sisters. The members of my family married for life.

I always expected I would too—and I have. My wife and I have been married for thirty-five years. I grew up with a prejudice against divorce, mainly from reading the Christian gospels. For me, “faithfulness” and “fidelity” have always meant “for the long term.”

But Christianity also taught me not to be selfish; to share.

I didn’t date in high school; I began as a sophomore in college. I discovered I was attracted to many people; I fell in love rather easily, in fact. But although I became attached to particular people, I never lost interest in others.

I don’t know whether this was “nature” or “nurture”—I just know that it happened.

Another factor may have been my family’s mobility.

My father worked thirty years for the American Red Cross, the section that supports the U.S. military. I grew up with the Air Force and Army. When I graduated from college, I had never lived anywhere more than five years. Between the ages of twelve and twenty-six (when I left graduate school), I lived in six cities. I attended three high schools, two colleges, and one graduate school.

I made and lost a lot of friends. I had my first girlfriend while in college in Germany; after a few months, she returned to the U.S. while I remained in Munich. I started seeing another woman, and mentioned this to the woman back in the States. She assumed I was writing a “Dear John” letter. I wasn’t; I just wanted her to know about the other person. I didn’t understand her reaction. Why couldn’t I be interested in them both?

Later, in Virginia, I became engaged to another woman I’d met in Germany. She was now in graduate school in Canada. For several years I saw her once every six months. Naturally, I was attracted to people in Virginia. I fought these attractions. But my fiancée could not accept the fact that I did sometimes see other people, and she ended our engagement. I “understood”—after all, I knew how society felt about non-monogamy—but…I didn’t understand, really.

I eventually married someone else and the two of us, together, explored our feelings around monogamy, love, and sexuality. She finally realized she felt happier in just one relationship. Meanwhile I realized that I could not be happy restricted to only one.

We developed a marriage that could accommodate other relationships for me; not superficial sexual “flings,” but long-term significant relationships with other people, some of whom were married. In these cases, their partners and I had to be comfortable with one another—just as these people and my wife had to feel comfortable.

I feel polyamory is my orientation. If a choice is involved, it is in my decision to acknowledge my own nature.

William Albert Baldwin is a longtime activist with Amnesty International, credentialed clergy for Covenant of the Goddess, national board member of Unitarian Universalists for Polyamory Awareness. He resides in northern California with his wife and daughter.

The Good Men Project reposted this.

← Short Hair is for Boys
Don’t Bully: The Kind Campaign →