← My Bumpy Trek: From Tomboy to Sex Object to Me
My Polyamory Journey →

Short Hair is for Boys

I am a girl. That is a simple fact.

But six years ago I cut my hair short and everything changed.

I still dressed the same, acted the same, walked and talked the same. (All admittedly tomboyish). But suddenly everyone saw me as a boy.

All because of a haircut.

I’d thought people might be shocked. And I thought I might be mistaken for a boy. But I didn’t expect it to be so burdensome.

Like the time I walked into our high school bathroom and a girl came up and questioned my gender. She proceeded to ask if she could touch me to confirm, because she didn’t believe it. I got so uncomfortable going into public restrooms or locker rooms that now I just avoid it.

I’m often mistaken for a boy, yet I’ve never questioned my gender. In fact, I often wonder why people assume I’m a boy when it’s so obvious to me and my friends that I’m not.

Some ask if I am transgender. I do strongly relate to their issues. And there have been times when I’ve wondered if I’d have been better off as a boy. But I strongly identify as a girl. I’ve held onto that part of myself for a long time and it’s not something I see myself questioning in the future.

They say male-to-female transitions are more common in the transgender community. And I’m not surprised. Females are generally given more room to express themselves, and their identity isn’t questioned as much if they choose to explore their masculinity. Men face more rigid boundaries because feminine traits are deemed less valuable in our patriarchal society. So men acting feminine is more threatening and less tolerated. 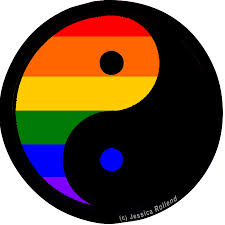 Also, a lot of people assume I’m gay, so I’ve faced plenty of homophobia, like girls keeping their distance.

At first I vehemently rejected the notion because of my own internalized homophobia. I was already “abnormal” enough by society’s standards and didn’t need more reasons to be seen as deviant.

I resented myself for a long time but finally became comfortable enough to identify as bisexual — and later as pansexual.

There’s still the idea that gender and sexuality are two sides of the same coin, even though they may overlap or not.

My identity as a girl and how I have chosen to present have become a big part of my life and have shaped some very big decisions as I think about the future.

I’m sure that people will keep misgendering me and make assumptions about who I am. But it’s only driven me to further question why things are the way they are, and think about what I can do to change it.

← My Bumpy Trek: From Tomboy to Sex Object to Me
My Polyamory Journey →