The Rapist In Our Minds

Hollywood may seem like it’s an isolated thing, but it is not. It is the messaging system for your mind. It is the mirror that you’re given to look into…

This comes in response to accusations of sexual abuse by Hollywood producer, Harvey Weinstein, and others.

Posted in rape and sexual assault

Why Does Mayor Blame Assault Victims? 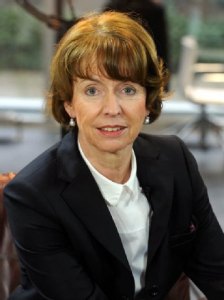 Why would Henriette Reker, the mayor of Cologne, Germany, blame women for being sexually assaulted?

You’ve probably heard about Cologne’s New Year’s Eve celebration, where groups of men — maybe more than 1,000 of them — surrounded individual women, groped them and stole their belongings. There were at least two rape accusations.

Yet the mayor merely told women to keep more than an arm’s length away from men? That’s hard to do in a congested square, where people are pushing to get in.

Only Virgins Can Be Sexually Assaulted

Once upon a time in America only virgins or married women could be raped, people thought. In some places people still think so.

The problem comes from failing to see the world through the eyes of victims.

And so an article from the 1952-53 Yale Law Journal explained that sexual assault is illegal because,

Women’s power to withhold or grant sexual access is an important bargaining weapon… it fosters, and is in turn bolstered by, a masculine pride in the exclusive possession of the sexual object… whose value is enhanced by sole ownership.

Even though this is the crime women most fear, outside of murder.  END_OF_DOCUMENT_TOKEN_TO_BE_REPLACED