Hillary and I both grew up Republican.

But we both became Democrats as we grew attuned to social justice.

My transition was sparked by reading the newspaper — yes, I was an uninformed voter with my first vote, just following the “home team” that my family rooted for. A little like cheering on the Giants.

But as I was saying, I began reading the newspaper and started to see that Republicans consistently comforted the comfortable and afflicted the afflicted.

I also had a Democratic Socialist high school teacher (a la Bernie Sanders) — who was countered by a right-wing economist, so I heard both sides. I argued with that teacher. But eventually I saw that we have an uneven playing field:

Children who were poor through no fault of their own sometimes had parents with two jobs who were too tired or too busy to help with homework. Or they weren’t educated, themselves, and couldn’t help their kids. The children were often hungry and lacked medical care — making it hard to focus in school. Feed kids and get them to the doctor and they are much more likely to graduate and get good jobs. And they’re much less likely to become teen moms or resort to crime.

And so my outlook changed. I wanted to level the playing field. I started voting Democratic and became active in my community.

As an adult she worked hard for children and families. She worked to develop programs targeting:

As First Lady she worked to develop programs and ideas like these:

For more info on all of this, see her husband’s speech here.

I see Hillary as a kindred spirit. We both found ourselves on journeys that inspired us to work to make other’s lives better.

But privileged people feel threatened by those who seek to increase equality. Some of these folks throw all sorts of nasty insults and charges your way.

Repeat often enough, and people start to believe them. Even when they are almost universally false.

Plus, women in power are scary!

Whenever Hillary seeks a powerful office her popularity plummets. And then grows favorable once she’s actually in office.

Between promoting equality and just being women, we have both been attacked. A lot. But Hillary way more than me since she’s so high-profile. Plus, I have a “spam” button on my blog and a class participation grade that keeps students who disagree maintaining basic courtesy.

Many of us are fighting a revolution to empower ordinary Americans, instead of privileging elites. 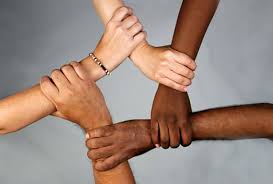 Hillary and Bernie both have a history of doing just that.

Hillary will appoint Supreme Court Justices who will help to remove the corrupting influence of money in politics — as all recent Democratic appointees have done.

Hillary will continue to work for women’s rights and civil rights.

Hillary will help middle-class Americans, as Democrats have through the years, by promoting the minimum wage, the earned income tax credit, equal pay for equal work, the right of workers to negotiate wages, and universal healthcare — among other things.

Some are cynical about Democrats

I personally meet with members of Congress, urging support for legislation including all of the above. The Democrats are always with us. The Republicans almost always block us.

If you want a revolution you must do something about Congress.

Some are cynical about Hillary

Hillary Clinton has been attacked relentlessly by forces that want to sustain privilege for the privileged. Since people are prone to believe the worst about politicians, the attacks tend to work. Even though they have nearly universally been proven false.

But looking at Hillary, I see myself in her.

Hillary Clinton Gets Powerful Endorsement from Lin-Manuel Miranda of Hamilton