← Sex Isn’t About Fun. It’s About Procreation
Fetishes are Natural – Unless Desensitized? →

Why I love Hillary AND Bernie 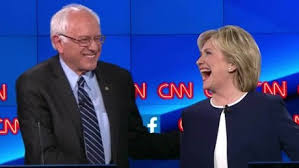 Bernie Sanders and Hillary Clinton at their first debate.

I was raised Republican. But grew disillusioned and switched to the Democrats.

Republicans tend toward a hierarchal, authoritarian mindset: For the most part, people deserve to be where they are. At the top: wealthy, white, straight, male Christians.

Much of Donald Trump’s appeal seems to stem from an extreme form of this: A bullying attitude and dominance over other candidates.

Half of Americans are drawn to that mindset.

Knowing that there’s a place for everyone and that everyone is in their place can feel safe.

Meanwhile, those “on top” of the hierarchy (the wealthy, whites, men, Christians) can get an ego-boost.

The other half of Americans are drawn to a partnership model. They mostly vote for Democrats.

Dems seek equal partnership among all segments of society. Historically, they have represented the interests of the less powerful: the working-class, people of color, women, LGBTQ. Each person has equal worth and dignity and should have equal opportunities and rights under the law.

And workers should get a fair share of the profits they help to create.

We don’t have true equal opportunity

Republicans believe that Americans have equal opportunity — if you’re poor it’s your own fault.

Yet poor children have the worst schools — including the worst teachers and inadequate course materials. They can’t afford tutors. And if they don’t have enough to eat, or can’t get adequate medical care, they have a hard time studying in school. They are also more likely to suffer from hunger or lack of medical care.

What to do? You can either leave things as they are, or you can make sure that children get adequate food, medical care, and schooling. The only way to really do that is to tax people with more money at a higher rate and give some of it to kids who have nothing.

Force the rich to give up money? Force poor kids to starve? 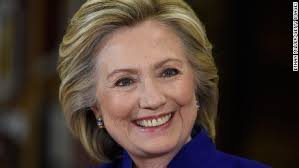 Republicans say, “No fair: the government forces rich people to give up their money for poor people.”

Actually, either way someone is being forced. Poor kids are forced to starve, or die of medical problems, through no fault of their own.

Where there is a conflict, Democrats ask where the greater harm is done. Rich people who are taxed more may need to give up a vacation — or stop keeping a helipad atop their penthouse. But on moral ground, that’s less harming than a child dying from hunger or lack of medical care. Or having their potential stunted from poor education.

We all lose if we don’t help these kids: We miss potential talent. There’s more teen pregnancy, more crime, and more costs for police, courts and prisons.

A trade-off between equality and freedom — whose freedom?

While Republicans say there’s a trade-off between equality and freedom, and favor freedom, Democrats ask “Freedom for whom?” The powerful? Or the powerless?

With greater equality, freedom increases for the more powerless members of society:

Some say charity could make up the difference. But charity would need to be 10X higher to make up for the lack of funds.

Also, Republicans say that what is good for business is good for America. So they promote low regulations and low wages.

But Democrats point out that healthy, happy workers are more productive.

And, if Americans don’t have money in their pockets, they can’t purchase goods and services. And then sales and profits go down. Even the “Wall Street Journal” is starting to worry. 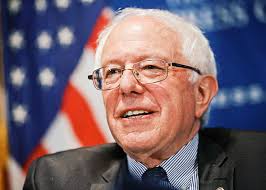 Bernie is a Democratic Socialist, which is similar to Democrats, but more so. They want higher taxes in return for more services, like free education and free medical care.

Your pocket book could be better off:

If you don’t have to pay insurance companies — which is about $.20 on the dollar — you save all of that money on healthcare. Plus, it’s cheaper to get healthcare maintenance than to treat illness near death — which is what we do now for the uninsured poor.

Examples of Democratic Socialist countries include Sweden, Norway, and Denmark.

These countries have a strong safety net and a lot of equality. Yet they are among the stronger world economies, given a global downturn.

And Scandinavians are among the happiest in the world, says anti-socialist Forbes Magazine.

And so I love both Hillary and Bernie. They both share my basic values.

← Sex Isn’t About Fun. It’s About Procreation
Fetishes are Natural – Unless Desensitized? →