← A Pedestal Is A Prison, Like Any Confined Space
Sexy = Sexual? →

Virtually Attack Women, But No Nudity 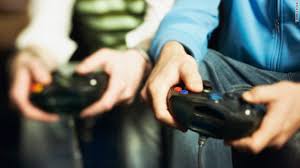 A gamer creates an avatar resembling himself and plots to kill a three-dimensional, lifelike woman. The avatar grasps an axe and raises it to strike. He hears the thud as the axe slices her head. He hears her cry out in pain. He sees her split skull and feels the sensation of blood on his hands and face.

I’ve just paraphrased one part of Supreme Court Justice, Samuel Alito’s opinion on whether video games of this sort should be protected as free speech in sales to minors.

In dissent, Justice Stephen Breyer wonders why Playboy is off-limits to thirteen-year-olds, yet interactive games that allow those same boys to actively, if virtually, bind, torture and kill a woman are perfectly fine – so long as she’s not topless.

Justice Antonin Scalia counters that violent scenes have long been part of the American tradition.

Apparently, sex with pleasure is immoral and unacceptable, but sex with violence and pain is moral and acceptable.

Naomi Wolf’s The Beauty Myth points out that 1960s pornography portrayed beautiful women playfully and joyfully enjoying sex. By the 70s this sort of imagery suggestively seeped into popular culture.

The woman lies prone, pressing down her pelvis. Her back arches, her mouth is open, her eyes shut, her nipples erect. The state of arousal, the plateau phase just preceding orgasm… for Triton showers, a naked woman, back arched, flings her arms upward… for Opium perfume, a naked woman, back and buttocks bare, falls face down from the edge of the bed. 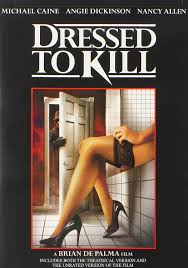 But later, beauty pornography was replaced by violence against women. As Wolf described it:

In an ad for Obsession perfume a well-muscled man drapes the naked, lifeless body of a woman over his shoulder… In an ad for Hermès perfume, a blonde woman trussed in black leather is hanging upside down, screaming, her wrists looped in chains, mouth bound.

By the 80s violent sexual imagery had surged with films like Dressed to Kill, Tie Me Up! Tie Me Down! and 9½ Weeks. Or thrillers piling up female corpses in sexy bras and panties.

Imagery follows politics, says Wolf. An uptick in violence against women may be a backlash to gains in women’s power.

In backlash, portrayals of women freely enjoying sexuality were restrained, men were reassured that women weren’t so powerful, and everyone got the message that women were most attractive when they were dominated and powerless.

Wolf points out that court rulings have enforced these values from the top-down. Women taking pleasure in sex is “obscene,” but sexualized violence against them is not (if they are clothed).

Something to think about.

A rerun for spring break.

Related Posts on BroadBlogs
Anything Good About Being A Sex Object?
Men Have Higher Sex Drive. Why?
Is Sexism Men’s Fault?

← A Pedestal Is A Prison, Like Any Confined Space
Sexy = Sexual? →