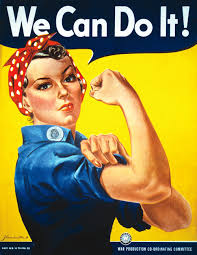 Most of us think women are more passive than men. It’s natural, right? Men’s testosterone makes them tough and assertive.

Actually, it’s hard to untangle the effects of biology and society.

In fact, it’s hard to untangle the effects of biology, alone.

Yes, men have more testosterone. But:

And culture has big effects: 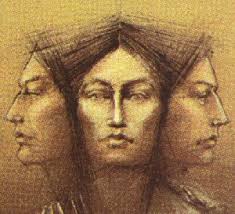 When Europeans reached America’s shores they were shocked to meet strong Indian women. They were leaders. Men didn’t make decisions without consulting their partners first. And women controlled several staples, like corn. If they didn’t want their men going to war, well, “No corn for you!”

But European patriarchy turned everything around.

When whites came to American shores, they introduced rape and battering — virtually unknown before. Missionaries taught women to be obedient, like Mary. And men were rewarded for taking charge.

Back in Japan a male cook commands:

Now, if you would please do me the favor of stirring this.

She may smile, but with a closed mouth. Because showing teeth might be too brazen.

And don’t draw attention to yourself, because the nail that stands out gets pounded down.

But when Japanese girls are raised in countries that value assertiveness, maybe America, they grow up to be much more strong-willed.

But not black women.

That’s probably due to “male scarcity” in their community. Which has a long history. 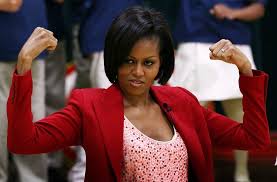 When slavery ended men were more likely to move north, leaving a lot of young women without husbands in the south. They learned not to depend on a man.

After World War II America became prosperous and white women could depend on men to support them.

But the college educations and union jobs that allowed white men to support their families were denied to blacks. African American women knew they couldn’t expect a man to support them for life.

The US has a long history of disempowered boys entering crime or joining gangs, whether they were Irish, Italian, Asian, Latino… or African American. But that leaves them more likely than their sisters to end up dead or in jail. (Plus, police officers are more likely to randomly stop and question black men than black women.) And that’s another source of male scarcity.

These girls don’t grow up dreaming Prince Charming will rescue them. Their mothers teach them to be assertive, independent and strong.

No wonder we don’t think black girls are passive.

Hmmmm, women are naturally passive? And it’s because they lack testosterone?