← “Fat Actress” Is Most Desirable Woman
Guys, Girls Swap Roles at a Bar → 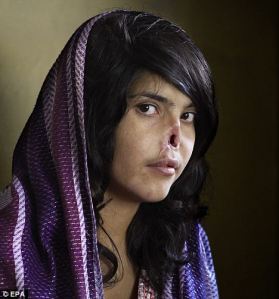 Some wonder how morality can exist without religion. Yet too often religion submerges morality.

I recently wrote about religious men seeking therapy to overcome same-sex attraction. But the “therapy,” itself, seemed evil as men were shocked, given drugs to create nausea, told to strip naked and touch themselves in front of a counselor, or were forced to beat their mothers’ effigies.

Not long ago an Irish woman died because her doctors would not perform an abortion:

Despite her rising pain, doctors refused her request for an abortion for three days because the fetus had a heartbeat. She died in the hospital from blood poisoning three days after the fetus died and was surgically removed.

Her husband was left asking,

When they knew the baby was not going to survive, why not think about the bigger life which was the mother, my wife Savita? And they didn’t.

In the not-so-distant past some devout Irish doctors broke their patients’ pelvises to prevent miscarriage. The painful operation often caused chronic back pain, incontinence, and crippling. As one woman explained,

It ruined my life. I have two titanium knees, a bad back and I think about it every day. It was 53 years ago… They were torturers. They didn’t care. I was a thing.

Another described the procedure:

I saw the hacksaw. He started cutting my bone and my blood spurted up like a fountain. [She remembers the doctor looking annoyed that he had gotten her blood on his glasses]. You’ll never get rid of [the pain] until you’re not living anymore.

Not long ago a Polish woman named Edyta died because each doctor she approached refused to treat her colon condition, fearing an operation might lead to miscarriage or abortion. She could have expected refusals had she lived in Italy, Hungary, or Croatia, too, because in each of these places doctors may refuse treatment on moral grounds. Apparently, letting a woman die is not a part of the moral compass. The fetus died, anyway.

In North African countries the clitoris or vulvas of young girls are routinely cut with dirty razors and parts are removed to deaden sexual sensitivity, “making them pure.” Some die of infection, many are crippled, and most live in pain.

In other places brothers kill sisters over any “sexual impropriety,” including marrying who you want, being alone with a boy, looking at a boy, or rape.

In Saudi Arabia girls in night clothes were once forced back into a burning building to die so as to protect men from their immodesty.

The religious Taliban ordered a girl’s nose and ears cut off when she ran away from her abusive in-laws.

And don’t forget the Inquisition, the Crusades and the witch hunts.

I could go on.

Really, how callus can your religious beliefs make you?

The Golden Rule must be hiding around here somewhere.

Popular Posts on BroadBlogs
Child Rape: Not As Bad As Contraception
God-Wrestling Nuns

← “Fat Actress” Is Most Desirable Woman
Guys, Girls Swap Roles at a Bar →