The Evolution of a Beauty, a Beast and Us

Beauty and the Beast

Beauty and the Beast’s Belle is much evolved from Disney’s early wimpy maidens.

That evolution tells us something about us, too.

Unlike submissive and servile Cinderella, or a Sleeping Beauty who naps as others determine her fate, Belle has dreams and yearns for adventure. She develops her mind and wants to be appreciated for it — not just her looks. She acts and makes a difference in the world.

But Belle has a strong sense of self. She may be different from everyone else, and others may look down on her, but she knows who she is and doesn’t care what they say.

Bell embodies today’s strong woman, and reflects feminists in this way: Some still think feminists are odd for the many ways we are like Belle. Luckily, standing up for ourselves and what we believe in strengthens and ennobles us.

Friends and students alike talk of guys who have rejected them because they are feminist. More often, those women break up with these men.

Kind of like Belle who spurns Gaston, a narcissistic who (in the cartoon version) actually believed that Belle would enjoy pampering him and cooking for him when he, the hunter, returned home with his kill.

And Belle knows that Gaston doesn’t really value her. He wants a trophy wife. So his interest in her is really all about him.

Instead, in Bell’s experience love comes from knowing one another, not surface stuff that brings only superficial relationship.

Power in transforming self and others

In the story, Belle’s father is caught and imprisoned in the castle of a beast. Belle finds him and insists on trading herself for her father. It’s the classic hero story: sacrifice oneself for another.

The beast accepts, hoping to break a curse. 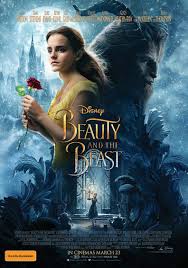 The curse: Years earlier an enchantress disguised as an old hag knocked on the castle door. Repulsed by her looks the Prince turned her away. So the enchantress cast a spell making him resemble the beast he was. The spell also turned the entire household staff into inanimate objects like clocks, mops and cups. To break the curse the beast must learn to love someone and have that love returned.

As the story continues Belle teaches the beast and transforms him into the prince he eventually earns the right to become.

The capacity to transform is strong power.

Like Belle, women today are still imprisoned. We do not yet have full rights and status equal to men. And reflecting the “Beauty” part of her title, society still too often judges women by their looks.

And yet we are not so submissive and servile as our mothers and grandmothers were. We have more power to develop our minds and bodies in ways that were once not possible. We have dreams and adventures, and we largely determine our own fates.

We act. And we make a difference in the world.

Women today are still in the process of transforming that patriarchal beast. But we have come a long way, baby.

Inspired by “Construction of the female self” by Jill Henke