Must Sexual Orientation Be Biological? 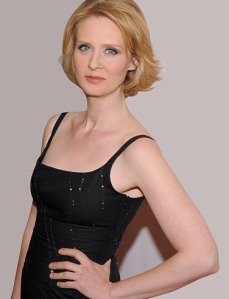 Cynthia Nixon of Sex and the City fame announced that she chose to be gay. And she caught hell.

I gave a speech recently, an empowerment speech to a gay audience, and it included the line ‘I’ve been straight and I’ve been gay, and gay is better.’ And they tried to get me to change it, because they said it implies that homosexuality can be a choice. And for me, it is a choice. I understand that for many people it’s not, but for me it’s a choice, and you don’t get to define my gayness for me.

Some critics insist she is a biologically-based bisexual.

Others come to her defense.

Gay New York Times columnist Frank Bruni insists, “She’s entitled to her own truth and manner of expressing it.”

Some of his readers defend her, too:

I am L.A.M or lesbian after marriage. It does not matter that I was “born” this way or not. I just know that I am intensely in love with my wife of almost ten years… I feel like my sexuality has been fluid my whole life. Being identified as bisexual does not feel like the correct label nor does lesbian.

There may be a continuum with some feeling more straight or more gay, but not everyone understands their experience that way.

Evidence suggests that our orientation is biologically-based, yet…

Evidence suggests that our orientation is biologically-based, as with fruit flies’ master sex gene. Among humans, genetic males who are raised as females almost always prefer females. Males with gay uncles are more likely to be gay. Men with lots of older brothers are also more likely to be gay (this may be tied to womb chemistry).

Yet there are unsolved questions. So why hitch your wagon to a moving target, Bruni wonders?

What about the remainder? Perhaps the environment has effects at the epigenetic level as our genes take on information from the environment. And experience influences gene expression. Are there cultural effects? Or might there be other biological evidence we have not yet seen?

Also, the hypothalamus of straight men becomes active when sniffing an estrogen derivative, and the hypothalamus of gay men and straight women become active when sniffing a testosterone derivative. But lesbians’ brains do not consistently activate only in response to estrogen.In fact, women seem to be more “fluid.” Straight men are strongly aroused by women and gay men are strongly aroused by men, but lesbians have relatively weaker arousal for females, and straight women seem to have no preference at all, says Northwestern University psychologist, John Michael Bailey.

The data so far is confusing.

Biology is no sure-fire shield against bigotry

Biology is not a sure-fire shield against bigotry, anyway. As Bruni points out, some Christians might want to bio-engineer heterosexuality. And since Christianity is often about resisting desire, homosexuality could be seen as “their test,” as some put it. The logic goes like this: “We hetero’s must control our lust for anyone but our spouse. Gays must control their lust for ANYONE.” The lack of fairness doesn’t seem to matter.

But shouldn’t consenting adults be able to love who they love? Regardless of cause? Maybe we shouldn’t worry so much about the bigots.

When it comes to morality I ask, “Who is harmed?” and not “What’s traditionally been renounced?”

How do you act in the world? How much do you love?

In truths that she learned,
Or in times that he cried.
In bridges he burned,
Or the way that she died.
Measure, measure your life in love.

Excerpted lyrics from the musical, Rent (see the video)

A rerun, I’m on vacation.