What To Do When She Loses Interest 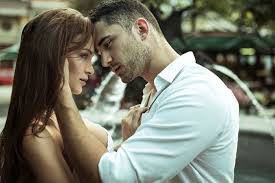 Heck, after a few years many women aren’t too interested in sex at all, let alone mimicking skin starlets.

So what to do?

As I’ve recently discussed, our society punishes women’s sexuality (see here and here) so that their desire tends to be lower than men’s and they need a higher level of stimulus to get interested. That can be a problem for couples when he wants it but she doesn’t.

There are various ways to address the dissonance. In this post I’ll to talk about solutions that can help couples to connect.

Obviously, we must do more to change the culture so that we stop punishing women’s sexuality.

But what to do in the meantime?

I’ve written about the new “Female Viagra,” which some are grateful for and others worry about. It’s certainly much better to deal with the root problem of injured sexuality. So we are back to social change.

How about some non-pharmaceutical solutions, right now?

I’ll briefly discuss recommendations from three different authors who have studied the issue. Each comes from a different angle. But each perspective can work either alone or together. And what works best will depend on the couple.

I have already written about some of Naomi Wolf’s thoughts on how to turn on the sex goddess, which are explored more deeply in her book, Vagina. 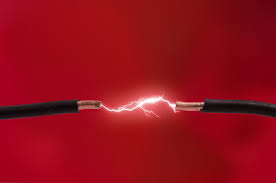 Briefly, she says there are “things-that-women-need-that-men-don’t-need” to spark desire. To enjoy sex women must feel relaxed and free from bad stress. So if a guy is harping on about how he never gets a BJ anymore, that will just be a turnoff. He must do something positive, instead.

Mark’s insight that women are more aroused by new partners gives us a clue as to what that positive thing might be. Women are more turned on by new partners because they make her feel “chosen” because “she’s so attractive and desirable” — key to igniting interest. But in committed relationships it may feel like her partner simply has no choice but her.

Wolf tells men to keep wooing their lovers. Bring her flowers, take her dancing and tell her how gorgeous-sexy-beautiful she is. Let her see your lust.

Also, all that good energy can evaporate if her lover puts her down or if he seems more interested in other women.

I’ll write more later on what the next couple of authors have to say. But briefly:

In Mating in Captivity, Esther Perel says that desire comes from creating distance and mystery. Hard to do when you see each other every day, right?

But try to do something that creates longing, she says. Maybe spend some time apart.

Or do something to make your partner see you in a new way. One woman got turned on when she went to visit her husband as he coached his Little League team and saw how others responded to him — she got turned on by others’ admiration.

In contrast, John Gottman’s The Science of Trust recommends becoming deeply bonded in a way that can make sex a transcendent experience. This sort of relationship relies on trust and “emotional attunement.” In bed, the couple would be open, empathetic, deeply connected and ardently sensitive to one another’s responses. Prof. Gottman cites research comparing couples in long-term relationships who have good and not so good sex lives. Those with good sex lives behave like this. Maybe that’s one reason why some people say that sex actually gets better overtime — as their relationships grow more deeply bonded over time.