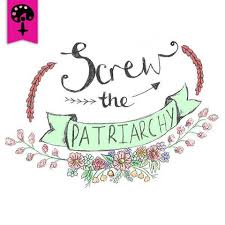 Because exclusive relationships were instituted to dominate women’s sexuality.

I’ve heard this line before. But not from someone who could personally benefit from it.

This piece might light you up. I think you’ll like his main conclusion, that men have no right to dominate women’s sexuality.

He copied — and partially underlined — this excerpt:

We all have closets we have to come out of. Right? And when we do come out of those closets, we’ll recognize that our fight is not with each other, our fight is with an outdated, Victorian sense of human sexuality that conflates desire with property rights.

Hmmm, patriarchy can actually emerge in contrary forms. Like 1) or 2) below:

The idea that commitment is about ownership makes sense in some circumstances. Like when people want to have sex or relationships outside their primary partner, but are told they can’t. And certainly where there is a double standard:The man may do what he wants, but the woman may not.

But other times, a couple simply wants to devote themselves to each other.

While spreading sexual energy far and wide excites many, it depletes others. In fact, some need deeply connected, soulmate sex to be interested. And then there are those in between.

I don’t think that anyone should be pressed into behaving in ways that are not joyful to them because they fear being labeled either a “prude” or a “slut” or — in an attempt to manipulate a woman into doing what a man wants — “unfeminist.”

There’s (controversial) evidence that some people are naturally more monogamous than others — both men and women. I know a few open-minded people who tried non-monogamy and gave it up because they found it unpalatable.

I do suspect that a sex-shaming society plays a role in dampening desire. But why do something that’s boring (at best!) just to get revenge on that culture?

Really? To fight the patriarchy I must f*ck every guy I see?

Whether I want to or not?