Being a transvestite is a complex cocktail of motivations. It’s different for everyone, but there’s often a strong sexual component to cross-dressing, although trannies sometimes find it hard to admit this. I feel it’s like the elephant in the room. I feel it’s really there, but nobody’s talking about it.

“Vivienne,” over at Bluestocking Blue began blogging to better understand why “she” feels compelled to cross-dress male-to-female.

Escaping the hard mask of masculinity is part of that push. But she also finds cross-dressing sexually arousing. Why?

After much searching Vivienne found something that clicked with her experience: autogynephilia, from the Greek meaning “someone who loves himself as a woman.” These folks get turned on by the image of themselves as the opposite sex.

It fits with why I think high heels are sexy… It fits Helen Boyd’s painful and forthright observations about some crossdressers: eternally selfish, frequently overspending, sexually interested only in themselves (not their wives). It fits with what most customers want who go to that makeover shop… It even fits my phenotype (white, successful, high IQ).

Now mind you, Jack Molay is an autogynephile who explains that “they do fall in love with real women ‘out there’ all the time, and are often very loyal partners and husbands” even if they do have this other thing going on. 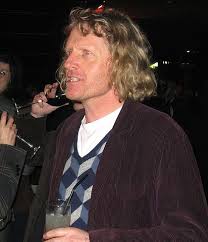 Grayson Perry, out of drag

Most biologists who study the phenomenon believe it has a biological component, Molay adds, perhaps involving prenatal hormones.

But since women’s clothing holds no innate meaning — with skirts, dresses and makeup being the norm for men in some cultures – a symbolic component is also clearly involved.

My best guess is that I was born with a set of innate tendencies which were shaped by my upbringing and societal norms, and I now express those tendencies by cross-dressing.

Mr. Molay says the most frequently used search-phrase that lands people on his blog is:

Is there a cure for autogynephilia?

The short answer to this question is no… I have read most of the literature. I have so far not found one reliable story about (anyone) who has been cured of this. 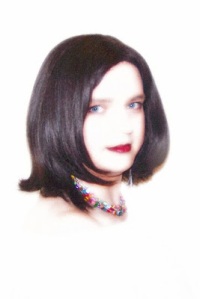 This disturbs me, because the natural history is that cross-dressing becomes more predominant as one gets older (and in some cases, leads to full transition [to a woman])…

I had thought that, if I was able to find just the right frequency of dressing, I would be happy in my “ordinary” life. This model suggests that point won’t be reached; there will never be enough… to the point where it gets in the way of my ability to be a useful and productive husband and father.

That’s not something I relish in any way, and may explain why some of the people I’ve found on the Web that I have most in common with are people trying to quit crossdressing: these are people who are trying to keep a foothold so that crossdressing doesn’t overwhelm them (but the science suggests we are incurable in every reasonable sense).

On the other hand, Jack Molay suggests cross-dressing may keep autogynephilia from overtaking your life.

I haven’t studied this a great deal and most of what I know I’ve learned from Vivienne. (I’ve been interested in applying social construct theories to the experience.)

I hope to help bring greater understanding and love to all on this planet.

Thank you Vivienne, for sharing your experience and your struggles. I wish you the best.