Shifting My Body Hatred To You 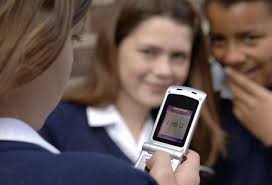 Girls bully girls for a variety of reasons.

Some are angry that other girls are more attractive than them, and seek to extinguish the threat.

Others want to lift themselves up by putting someone else down.

And some project their body hatred onto other women. And then attack.

Psychologist, Jill Weber, has some thoughts on that last point, which were published in Psychology Today.

Dr. Weber points to CBS blogger, Claire Crawford, who once called an NBA cheerleader, too chunky:

She also asked her readers to complete a poll and rate whether she had “the perfect look to be an NBA cheerleader,” “could use some tightening up in her midsection” or “has no business wearing that outfit in front of people.”

Dr. Weber says that girls and women are expected to conform to impossible standards, set up by starving, Photoshopped, and silicone-injected *models* of beauty who are plastered all over billboards, TV, and the walls of the local mall.

Meet that standard or face gossip and judgment from women and men, alike. And forget about getting a boyfriend.

And then, she says,

In a world that feels as if others could turn on you at any time, taking a judgmental stance toward other women is a way to feel a modicum of control.

So girls judge other girls in order to feel better about themselves and gain control. Yet it all backfires as they face “relentless self-scrutiny and panic should one’s own flaws be attacked.”

So goes the vicious cycle.

As an added bonus, girls who land in this orbit may start seeing each other as scary, untrustworthy, ruthless and cruel. And who can build strong female friendships or grow empowered in that environment, asks Weber?

The bullies hope to shred their own shame by transferring their body hatred to you. And then seek to destroy both you — and their shame.

Only to end up as collateral damage, themselves.

Surely there are more productive and enduring ways to create personal empowerment and self-esteem. Like letting go of superficial cultural ideals, discovering what truly makes us happy (which is actually tied to making others happy) and gaining self-acceptance.

More on all that later.