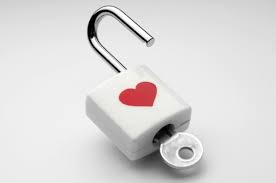 Why hasn’t open marriage caught on?

On the plus side, a couple may enjoy a close-knit family and loving spousal relationship, but with an exciting dash of sexual variety.

Sex columnist, Dan Savage, is all for it. But he acknowledges that there are advantages to monogamy: sexual safety from infections, emotional safety, paternity assurances.

Still, he thinks monogamy brings boredom, despair, lack of variety, sexual death and being taken for granted. Plus, society imposes monogamy on  men, who were never expected to be monogamous, he complains.

Men. And what about women?

The ground rules for sex with others often run along the lines of “sex for fun without emotional involvement.” But for most women the only good sex is emotionally connected. So it can be hard for men hoping for openness to find enough partners to enjoy just-for-fun romps.

And therein lies the rub.

I suspect women’s widespread desire for emotional connection is more cultural than biological, as I’ll discuss next time.

But even when everyone’s open to opening marriage, jealousy can be a killer. Kate Spicer of the London Times researched the nonmonogamous community and said that everyone she spoke with had experienced fierce jealousy.

Bu then, sex so often leads to deep emotion that partners may be lost as a consequence of the intense involvement.

As one woman put it:

To be honest, neither of us was emotionally prepared for the realities of an open relationship. The first time I found myself not having sex with another man, but making love to him, I cried. I rang my husband to say I could never see this man again. Open relationships can be messy and exhausting.

Her husband eventually left her for a woman who would not tolerate non-monogamy.

Psychiatrist, Judith Lipton, who co-authored The Myth of Monogamy: Fidelity and Infidelity in Animals and People, says that monogamous lifestyles go against “some of the deepest-seated evolutionary inclinations with which biology has endowed most creatures, Homo sapiens included.”

Yet for those who are non-monogamous Lipton doesn’t think open marriage is the best answer for most. “Who can tolerate it?” she asks, “I have not met many people who can.”

Animals have it easier. They seem to lack the human capacity for jealousy or the deep emotional bonding that humans so often crave in relationship.

And we live in a culture that celebrates monogamy and soul mates who will fill us with passion, joy, intimacy, transformation, and oneness.

Open marriage may work for some couples when they are lucky enough to find suitable others. But that choice can be a struggle in our culture, especially when a non-monogamous person marries a monogamous one.