← Male Monkeys May Be More Nurturing
Richer Than A King, He Put A Bullet Through His Brain →

A lot of people think so.

Because if women are natural nurturers then — naturally — they should stay home with children. And keep out of arenas that bestow money, status and power.

Boys have more testosterone than girls, both in utero and after they’re born. And boys shy away from nurturing activities, like playing with dolls or babies.

Why? Must be testosterone.

Girls are praised for what good mommies they will someday be. 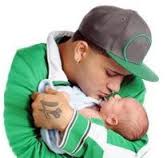 But boys learn that they aren’t supposed to be too interested in babies. And most definitely, “Boys don’t play with dolls!” Over time they turn their nurturing instincts to their pets.

And little boys do enjoy stuffed toys too, research finds. My brother carried Mickey the Monkey everywhere he went as a little boy. And one of my friend’s sons begged me to give him my big stuffed rabbit that had been an Easter gift from my dad. (I kept it.)

Actually, men can become very nurturing fathers. Especially when they are single dads.

So it turns out that between caring for pets, stuffed animals, and their own children, boys and men can actually be quite nurturing. Despite testosterone.

We can also look to girls who are exposed to high levels of testosterone in utero. Are these “CAH girls” less nurturing than their peers?

Turns out that they do have less interest in babies and dolls than other girls. But, like boys, they are still interested in pets.

CAH girls were exposed to higher-than-usual levels of testosterone in utero and they physically resemble boys when they’re born, having what look like either a very small penis or a large clitoris. There is a possibility that their parents treat them more like boys, and that the girls see themselves as more boyish, because of this. As a result, they may model themselves more closely to boys. 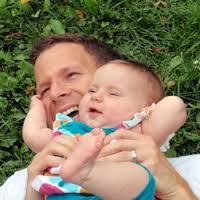 It turns out that children are self-socializing. By the age of three all children identify themselves as a girl or a boy, and then they tend to notice, pay attention to, remember, and imitate things that are assigned to their sex.

In some cultures men wear dresses or skirts (the Romans and the Scots), care about fashion (elite early Americans like Thomas Jefferson and George Washington), have ornate hairstyles, gesture graciously and enjoying ballet (King Louis XIV), and wear makeup and jewelry (the Wodaabe of Nigeria).

But in America today all of those things — along with nurturing dolls or babies — are considered feminine and largely rejected by boys, men and CAH girls.

← Male Monkeys May Be More Nurturing
Richer Than A King, He Put A Bullet Through His Brain →