Why Would My Friends Vote Trump? 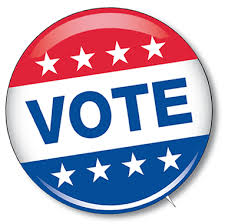 Most of my friends can’t understand why anyone would vote for Trump.

Some of my other friends are actually voting for him.

Since I have a hard time getting my head around this I asked them why. Here’s what they said:

Thoughts from my pro-Trump friends

Some of this makes sense to me

Some of this actually makes sense to me.

I do understand — and even sympathize with — this:

Frustration with politicians who serve elite interests and ignore the rest of us. Mostly due to the legalized bribery of big campaign contributions. We must fix the system because people who don’t join it get voted out because too many people get their political news from watching ads during Modern Family.

Other thoughts don’t make sense to me. I don’t know anything about a $1K background check on guns — is that a real thing?

Otherwise, Hillary loves America too, and will work hard to make it even better by promoting:

Just dealing with fair trade isn’t enough, especially since most working class jobs are lost to technology not China or Mexicans.

And Hillary’s emails? Hillary would only be charged if the FBI found intent to harm the country by misusing classified documents. She hasn’t. This issue is pure politics or TV ratings. If you dislike politics, don’t be taken in by this.

In fact, acccusations against her are nearly entirely made up. Whitewater turned out to be just a bad investment, she and her husband did not murder their friend Vince Foster, and there was nothing real behind accusations surrounding Benghazi, for instance.

But mostly, Trump scares me.

Why Trump scares me

Trump is unlikely to help the middle class

Dems are more responsive — Republicans are starting to be

I meet with members of Congress on Capitol Hill each year, and keep in touch with them in the months between visits. Over the years I have found Democrats to be much more responsive to the needs of the middle-class, while Republicans have tried to block or repeal everything (and then blame non-whites — Mexicans, Blacks, maybe even women’s rights —  for ensuing financial problems among their base voters).

For example, Dems are pro-middle class on these issues:

That said, Trump is finally getting Republican rank-and-file to wake up and protest the fact that Republicans in Congress have been ignoring them for years. As a result, Republican Congress members are increasingly supporting the things I mention above, as they realize that they must begin responding to their middle-class constituents.

Which leads to my next point:

I’m glad Trump is shaking up the political establishment

For too long too many of our political “representatives” have responded only to the needs and wants of wealthy interests while ignoring the middle class.

And then they distract the middle class from this reality by blaming Mexicans, immigrants, blacks, women’s rights, Muslims… for their difficulties.

I’m glad that people are finally standing up to this. And finally getting our elected officials to respond to the people.

What are your thoughts on all this?

Posted on November 7, 2016, in politics/class inequality and tagged Donald Trump, Donald Trump scares me, Why would anyone vote for Donald Trump. Bookmark the permalink. 48 Comments.