My Don Juan: A Blessing and a Curse 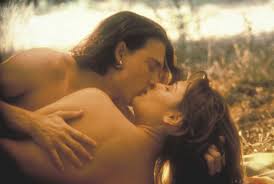 Latino men in my community are stereotyped in the following ways:

I’ve been blessed (is a curse not a blessing too?) to cross paths with several men who fit at least one of those categories.

And in each case, the label reveals our ranking of men and masculinity above women and femininity.

You can see it in one of my young and silly attempts at love.

The kiss of his Telenovela mind

Nothing compares to living the drama, the heavy passion, the simplicity of pleasure at the smallest of tokens and whispers, of a man who makes art of your life with the kiss of his Telenovela mind.

“Enrique Garcia,” as I’ll call him, was the son of a famous bachatero. He danced his bachata, strummed guitar and sang the tropical melodies as great as his father ever had. In my eyes, he spoke of God and life with a passion founded on classical wisdom.

His special attentions, like gifting a starving vegan (me) with boxes of fresh mangos, and his poetic professions of devotion, left little to ask for.

In other words, he was a beautiful Latino man.

While I saw art in him, more “macho” men laughed

My Enrique was well-groomed and spoke with hands that hinted at a beautiful femininity. But while I saw art in him, and he in himself, the more “macho” men laughed.

His voice was dismissed by male taunts and hisses — regardless of the quality of his thought — as when he rose to speak at city council meetings in a quiet corner of the Dominican Republic.

Women drooled over Enrique and men like him, but feared that any heightened adoption of features befitting the “wrong” gender would doom their family to job-finding scarcity, and to children witnessing a father ridiculed.

Women may lust after such men, but ultimately they fail to see them as a “real men” worthy of their respect and, more importantly, the respect of the men who controlled their society in terms of status, class, politics, and money.

Oddly, women in my community longed for effeminate Don Juan’s not just because of their good looks, but because bedding women brought status.

The women of my family and community made their demand: Yesenia must exert good judgement because to date a man of Enrique’s nature is to undertake a tangle of complications, a wave of bitter men, even more bitter women, and a collective disrespect shouted by a patriarchal society.

Today, an older, wiser me now knows that I would not like being married to a man intent on bedding assorted women.

But on the other points I feel differently.

Our wholehearted acceptance of Latino male stereotypes unfairly stomps on femininity — as we rank men and masculinity above women and femininity: men must lead, dominate, avoid all things feminine, and “conquer” women by sleeping with them.

And that creates sorry relationships and retaliations for people of any gender. Too much intimidation and straightjacketed male emotion that prohibits connection, passion and truly felt love.

This was written by one of my students.