What if Donald morphed into Donna? How would we perceive HER?

Would anyone take a look at Donna and think that that’s an odd thing to say since she’s clearly no “10” either?

And what difference does not being a “10” make, anyway?

Or, Donna comments on her son’s appearance:

I don’t think he would [pose nude], although he does have a very nice build. I’ve said if he weren’t my son, perhaps I’d be dating him.

Years ago Donna Trump hosted a reality show called Apprentice. Where she made clear what she most likes in her male colleagues: to be young and hot!

Many of the show’s former male contestants complained about Donna’s demeaning behavior toward them.

Once she made a vulgar joke about celebrity apprentice, Channing Tatum: “It must be a pretty picture, you dropping to your knees.”

Later, she explained that she was talking about watching Channing beg (on his knees), not some audacious sex act.

But today, after a successful stint in real estate, and most excellent speechifying skills, she’s running for President. 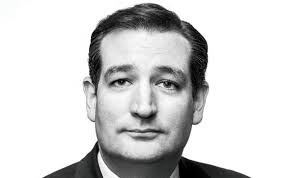 She deemed Ted Cruz unsuitable for the Presidency because, “Look at that face! Would anyone vote for that?”

While ignoring the real reason why no one should vote for Ted:

Or, she called Chris Christie a “fat slob” and a “dog” because he criticized her.

And once, after a male candidate took some extra time during a bathroom break, she called it “disgusting”:

At one point journalist, Maynard Kelly, posed a debate question about Donna’s worrisome views of men — given her history of misandry.

In fact, Donna was so pissed off that she refused to attend any more debates moderated by Mr. Kelly.

Because it’s perfectly fine to say degrading things about men.

But it’s completely offensive to suggest that there might be anything wrong with doing so.