← Vote to Help the Rich, Hurt Yourself
Why We Have Sex → 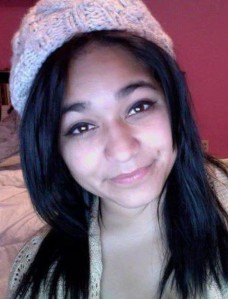 Why do some guys shame and harass the girls they’ve had sex with? And why do some guys pressure or manipulate girls into sex — or even rape them — to impress other guys?

Young men at Piedmont High near San Francisco were caught “drafting” female schoolmates (unbeknownst to most of them) into a secret “Fantasy Slut League.” Upper classmen earned points for documenting their sexual exploits and used social pressure to manipulate the girls’ yearnings to feel attractive, included and popular. Sometimes they plied their targets with alcohol to impair judgment and control, that is, to commit rape.

Meanwhile, in the Stanton Island borough of New York, 15-year-old Felicia Garcia of Tottenville High had sex with four football players. The escapade was recorded and passed around the school as football players bragged about their conquest. Two of the ball players involved began tormenting her, and as news spread through the school, bullying spread, too.

One of Felicia’s friends told the New York Daily News,

Kids are saying she had sex with some guys from the football team at a party after the game. Later on, they wouldn’t leave her alone about it. They just kept bullying her and bullying her.

The young women of Piedmont High were left shamed and humiliated, and too many of them were sexually assaulted. Felicia killed herself on October 24 when she jumped in front of a Staten Island train as 200 students watched in horror.

The answer likely revolves around guys trying to feel like men.

Michael Kimmel is an expert on men and masculinity who has studied “guys” at the cusp of manhood. He says that too often guys hurt themselves or others as they latch onto the more negative notions of manhood like aggression, violence, dominance and being tough.

Meanwhile, women are often objectified and seen as “things” that are all about sex. If they are things, and not people, you don’t have to worry about their feelings or their lives.

The young men at Piedmont High and Tottenville High were working to create a culture that painted men as aggressive and dominant, and women as silenced and humiliated victims who were made to feel lower in status… and who may even end up killing themselves.

Surely there are better ways to be a man.

Popular Posts on BroadBlogs
Yale Fraternity Chants “No Means Yes.” Men? Or Scaredy Cats?
Frats Invite Sluts, Bitches; Women Accept Degradation. Why?
It’s Ok To Be A Tomboy But Not A Sissy. Why?

← Vote to Help the Rich, Hurt Yourself
Why We Have Sex →