← Men Guarding My Purity
She Wonders: Am I “Doing It” Right? →

Until the Revolution Trump Spells Disaster 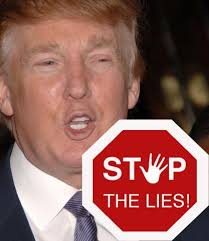 Some progressives don’t care if Trump wins. A ruined America will bring revolution.

But at what cost?

A Trump Presidency would surely lead to Presidential and Supreme Court policies that risk:

Or as I told a friend of mine:

As a white, straight male you might worry less about splitting the left and moving the country right. Those of us who are women, minorities, LGBTQIA, or who fear continuing climate change, lost medical insurance, or more entrenched money in politics find the thought of moving right fearful.

Another woman wrote this on Daily Kos: “You want a revolution. But my son will die.”

Besides, the revolution is as likely to be right-wing as left-wing — given the support Trump has garnered.

← Men Guarding My Purity
She Wonders: Am I “Doing It” Right? →