← Women, Objects of Desire (Even for Women?)
Until the Revolution Trump Spells Disaster → 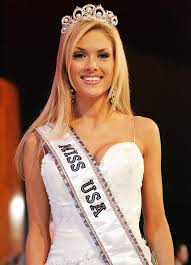 Why do some men want to control women’s “purity”?

I was reading about Tara Conner, Miss USA 2006, who was almost stripped of her crown due to:

Being dismissed for substance abuse and failing to make obligations, I get. But nonstop nightclubbing? What’s the problem?

Donald Trump, the pageant’s co-owner, eventually came to her rescue, granting her a second chance.

Later, he gave her permission to pose in Playboy.

I read about Tara in The Purity Myth: How America’s Obsession with Virginity Is Hurting Young Women by Jessica Valenti. She points out that when Trump determined that Tara could keep her crown despite a fast life, and when he determined that she could appear in Playboy, her immodest ways were not the problem. The problem was that Tara was in charge of herself, instead of Trump being in charge of Tara. Some men just want to be in charge of women’s purity.

Even today men may flaunt their sexuality and make “conquests.” Yet women must still be restrained, and are called ho’s and sluts when they aren’t.

And while there is no argument about whether men should be able to use a little blue pill to enjoy sex, various conservative, male-led legislatures find The Pill morally repugnant.

It comes as no surprise to me that young women can grow to be ashamed, and at times even afraid of sexuality.

I have been a victim of negative connotations of virginity

I, admittedly, have been a victim of the power of negative connotations of virginity, or the lack thereof. Maybe because I come from a more conservative, Latina background I was hit harder than other girls who were raised in America. But after the first time I had sex I drowned myself in guilt and shame. I doubted everything that had just happened. I thought,

This wasn’t supposed to happen that way; I shouldn’t have done it with him; I won’t be able to marry in a white dress anymore; I wonder what he thinks of me now; the whole school is going to find out…

As these phrases filled my head, there was another thought that would not leave me peace: “My parents are going to think I’m worthless.” The worry was so intense that for several months I literally put my head down when having any sort of conversation with them.

I eventually realized that it wasn’t them setting the “standard of virginity,” but the society they grew up in.

Although my mother and I are of different generations, we share the same experience of oppression when it comes to our sexuality. Only she had it worse. Her teenage years were so squeamish that the word sex was frowned upon even between doctor and patient. I, fortunately, have more tools to overcome the repression.

Why do some men want to regulate a woman’s every move, disciplining her if she gets “out of line”?

I don’t know the answer to that. But it feels oppressive. And I don’t think that celebrating sexual males while shaming females helps anyone.

This is a rerun. The post was written by one of my students, who asked to use a pen name.

← Women, Objects of Desire (Even for Women?)
Until the Revolution Trump Spells Disaster →