← The Trouble With Fetishes
So Nice We Let Others Hurt Us → 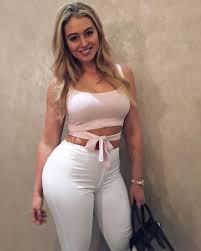 I went on my first diet in 2nd grade.

Forget that fruit roll up, unless you want a big belly that other kids poke at and yell “Blubber!”

By age 13 I was playing soccer and taking kickboxing classes. And I hardly ate.

After 3 weeks and 4 shoots I was done. I couldn’t get the idea that I was fat, and therefore unattractive, out of my head.

… Until I discovered ‘curve’ modeling.

That’s when Calvin Klein launched an ad featuring a size 8 woman who was labeled, “plus size.” After investigating, I discovered many models — between size 6 and 16 — falling into the “curve” category.

I kept tabs on a few of my favorites, and slowly but surely my ideal of “beauty” began to change.

These girls worked their curves, they were funny, confident, and unapologetically themselves! Many of the models are vocal feminists. And almost all of them are anti-photoshop. Oh so refreshing, to see real women with stretch marks, cellulite, and thick thighs.

One of my favorites is Iskra Lawerence. She is size 14 and most known for the “Aerie Real” campaign. All of those photos are un-retouched and show off a real body!

Iskra is an active voice against trolls who spam her inbox with words like “obese,” “fat,” and “disgusting.”

These messages don’t just attack me. They attack anyone like me and anyone above my size.

Which just goes to show that if trolls are hating on someone as fab as her … Well, then who cares about trolls? Too busy trying to lift their sorry self-esteem by putting others down.

Nowadays ‘thick’ girls are coming into vogue with real models — and Ashley Graham, size 16, on the cover of Sports Illustrated’s swim suit edition — expanding notions of what is beautiful.

The fact that a woman’s self-worth is so often tied to how closely she adheres to impossible body ideals is sad.

But at least “curve” modeling may help to diminish that media curse.

← The Trouble With Fetishes
So Nice We Let Others Hurt Us →