← Variety Is The Spice Of Life
Ferguson: If Whites Became Black → 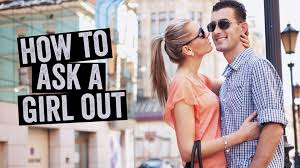 How to ask a girl out

But dating — at least the early stages — has remained resistant.

In the early stages of relationship, most men take the lead and most women passively wait.

A man approaches a woman, asks her out, plans the date, picks her up, opens her door, maybe even orders her meal. They eat and he pays, takes her home, reaches for her hand, initiates a kiss, initiates sex, and calls her the next day.

A woman, on the other hand, typically waits passively to be asked out, transported and treated. Later, she “waits by the phone,” hoping to be asked out again.

And surveys show that most men and women prefer it that way:

Preference for men asking women out

Why would women prefer passivity?

A woman may prefer to be asked out because of what that means in our society: “I’m special” — you must work to get me.

And “I’m not desperate.”

And she needn’t risk rejection — although it can be frustrating to wait passively by.

Why would guys want to risk rejection and pay?

And why do most guys gladly take on the burden of being responsible for everything, including risking rejection and paying for dates?

Maybe because it all seems a small price to demonstrate leadership and thus, “manhood” (since society has assigned “leadership” to “masculinity”).

When it comes to dating, one person must lead and the other must follow. Women and men could both take turns leading. But because most of us have been socialized to associate men as “leaders” women can be just as uncomfortable taking that role as a man may be at following her lead.

But she probably isn’t uncomfortable being a leader in a business situation, right?

Maybe the role switch feels more powerful in a dyadic relationship, versus a group of people who work at a company, for instance.

When a female boss leads a group of men and women, the power differential isn’t all about HIM and HER. It’s not so “in-your-face.”

A lot of men who are comfortable with female leadership in their jobs are not so comfortable when their female partners seem “higher up” in the relationship. Ethan Hawke divorced Uma Thurman because he couldn’t handle standing in the shadow of her greater success. Goldie Hawn and Audrey Hepburn have talked about similar difficulties.

So maybe that helps explain it. Otherwise, I’m not sure why this particular area is so resistant when everything else has changed so much.

Plus, we have romanticized guys taking the lead and women being pursued so much that a lot of people may think romance couldn’t survive the shift.

But I think it could.

← Variety Is The Spice Of Life
Ferguson: If Whites Became Black →