What If Men Menstruated? 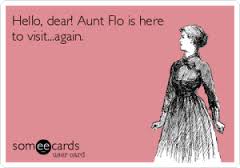 A visit from Aunt Flo

Society has taught us that a girl on her period is weak, bitchy and occasionally psychotic… That time of the month is basically a pissed-off uterus.

Stacey, a student of mine, made that observation. She continued to talk about her shame-filled sister:

I remember going with my sister to buy her first pack of tampons. She was so embarrassed that she hid them all the way to the check stand, and blushed on her way out the door.

I’ve felt embarrassed when tampons have fallen from my purse. Or once, when I was on vacation with my dad and stepmom, my period came early and I didn’t want to tell anyone I needed supplies. 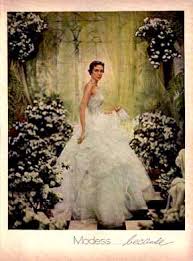 Years ago, Modess sanitary napkins were hush-hush marketed as, “Modess…because.” Back then, a woman might say, “I got a visit from Aunt Flo.”

But after all, it was called, “the curse.”

In some societies menstruating women were — or are — seen as polluted. A Hindu woman cannot enter a temple. Years ago she could not eat at the dinner table with everyone else. In some villages today women and girls live in sheds for the duration.

Or, an Ultra Orthodox Jewish woman must take a ritual bath when her period ends to wash away her impurity.

But what if men could menstruate? asked feminist, Gloria Steinem.

We value traits of the powerful. So if men menstruated, would getting your period be a good thing?

Other traits of the powerful are valued:

In most cultures lighter skin is preferred. But then, high status jobs are typically indoors and not in unshaded fields. Colonial powers also tend to be of European descent.

Meanwhile, America’s founders were mostly British, and their Anglo features — along with lighter skin, hair and eyes — are more valued even today. So Jewish women may get a nose job, African-Americans may straighten their hair, and East Asians may want rounder eyes – all creating a more Anglo look.

So, what if men menstruated, instead of women? 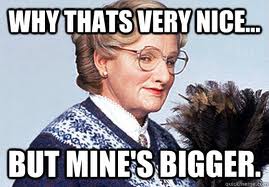 Surely it would become an enviable, masculine event, suggests Steinem. Instead of shame and whispering, guys would be bragging at this proof of manhood. Bravado would ring out, “I’m on the rag!” Stag parties and boasts over whose periods were heavier would follow:

Throughout, guys would bluster about their ability to withstand the pain of cramping.

And while guys today may find sex during menstruation, “utterly disgusting… Only in the shower if it’s the only choice” — as a guy named Sam did, if men menstruated it would be nature’s best lubricant.

Thanks to my student, Stacy Villegas, for the observations that helped inspire this post — including that last one.