How To Know It’s Love 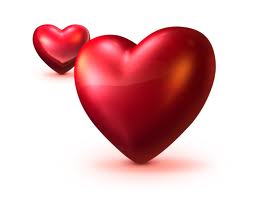 I was a classic otaku; I was going through the stage where the only things I wanted to talk about were anime, manga and the fact that I wanted to find The One in the worst way. Love was everywhere. I didn’t just have a crush on a girl in high-school or college, I had a mad, all-consuming fire in my heart for her that meant I couldn’t eat or sleep.

Every time I was into a girl, I was in love with her with my entire heart and soul. When we broke up (and we always broke up) it was a hideous tragedy that would break my heart into pieces, set them on fire and then piss in the ashes, just for good measure.

It took my first serious relationship to make me realize that I had absolutely no idea what love really was… and I needed a better handle on this whole “love” business if I didn’t want all of my relationships to end in tragedy.

Why Do We Keep Getting Confused?

The concept of romantic love comes from courtly love and chivalry, where knights had elaborate and – critically – platonic relationships with the ladies of the court to which they served. Marriage at the time, especially amongst royalty wasn’t about love but about property exchange, which meant that many noblewomen were in loveless marriages, often to husbands much older than they were. Bring someone in closer to their age as part of the court, often keeping in close proximity, and you’re going to end up with a lot of crushes and infatuations that couldn’t be consummated because of a very strict sense of etiquette (and rather harsh punishments for adultery).

Troubadours took the idea – lovers restrained by circumstance and law, unrequited love and the purity of love vs. the coarseness of sex – and ran with it.

The idea of “true love” being eternal, that love conquers all obstacles, that love is inherently monogamous, that lovers always think about the ones they love, that someone in love can’t eat or sleep for being “love-sick” over their crushes… all arise of the concept of courtly love, passed down through pop-culture for centuries.

It usually takes getting your heart stomped on a few times before you start to wise up and realize that you’ve been going about it all wrong.

Imagine how it felt the first time you saw someone you were really into. Your heart starts to race. Your palms sweat but your mouth goes dry. Your throat seems like it’s slammed shut, forcing you to swallow if you want to say anything beyond a low croak. You’re actually so nervous that you’re shaking. You find them almost undeniably desirable and you can’t stop yourself from wondering what they’re going to feel like when you’re holding them against you as you kiss madly in a dark corner somewhere.

Sounds an awful lot like love at first sight, no?

What you’re actually feeling are physical symptoms of arousal (or fear…). And if you’re relatively inexperienced sexually – and for a lot of people, even if you are fairly experienced – it’s easy to mistake sexual attraction for love… especially if you can’t necessarily do anything about that attraction. After all, it’s a quirk of the human psyche that we almost instinctively want what we can’t have.

Another common issue is that lust makes for a poor basis for a long-term relationship. Lust and sexual attraction is all about immediacy, the need to reproduce as soon as possible as often as possible. It doesn’t concern itself over emotional compatibility or desirable traits in a life-long partner. When lust has been sated… well, sometimes you realize that you can’t actually stand the person you were just smashing genitals with, never mind looking forward to a years-long commitment.

Infatuation tends to carry the sufferer away in a tidal wave of passion and excitement. It feels like an all-encompassing euphoria, leaving the sufferer feeling as though his head is stuffed with cotton candy and pure MDMA. He or she frequently seems to have lost several critical IQ points as they seemingly obsess about the object of their affection, from the way he runs his fingers through his hair to the adorable way she chews her food. Infatuation makes people reckless, seemingly willing to make unusual, even stupid decisions in the name of their newfound “love”. Their feelings are almost like a chemical high, causing them to feel like they’re on top of the world and they can do anything because hey, they’re in love man, and like, nobody’s ever felt like this before.

Much like lust, infatuation often coincides and overlaps with love; in fact, a lot of infatuation is what is frequently called “new relationship energy” or “the honeymoon period” when everything is beautiful and amazing and your lover can do absolutely no wrong. Infatuation is passion mixed with sexual desire, brought on by hormones and oxytocin generation, helping to build a sense of trust and emotional bonding with one’s partner. The problem, however, is that passion inevitably fades, no matter how strong it is at the start. In fact, the half-life of infatuation and passion is somewhere between six months to a year on average, after which that sense of intense, immediate connection starts to fade.

Many couples assume that this is a sign that something’s wrong, that the ebbing passion and lack of rush from sheer physical contact with their partner means that their love is fading or worse, over. This is the cause of a great deal of unnecessary panic and turmoil for couples who don’t realize that infatuation is only the starting point of a relationship.

In fact, passion’s wane is a natural and necessary part of deepening a relationship’s emotional bonds… turning from infatuation into a deeper, more intimate emotion that we know as love.

The problem with mistaking lust or infatuation for love is that it’s like mistaking the ignition for the car; it makes a lot of noise and catches your attention, but it’s only a part of the whole. Love is a much more gradual motion than we’re taught to believe. That initial “love at first sight” or “falling head over heels” is a mix of lust and infatuation that helps bring people together. Love itself is a deepening of the emotional bond that may be started by sexual desire or an initial attraction; romantic love is more akin to an incredibly deep friendship than a constant state of cardiac arrhythmia and limbic overdrive. It’s a feeling of emotional intimacy, rather than necessarily a physical attraction, a desire for partnership and unity rather than just the need for sexual release.

How do you know when it’s love?

It’s when you realize that no matter how annoyed or outright pissed you get at someone, that they’re the one you want to spend all your time with. When you realize that they’re someone you want guarding your back, helping you pick your ass up off the floor and sitting in the rocker next to you when the two of you are old and decrepit and wearing adult diapers… and you still think they’re the coolest motherfucker you know.

It’s when, even when the passion is spent and the “new car smell” of the relationship has long faded that you can look over at them and realize.

This piece has been edited for brevity. See the full piece where it originally appeared @ Paging Doctor NerdLove and The Good Men Project

Popular Posts on BroadBlogs
The Brain on Love vs Lust
Passionate Love: Like a Drug, or Mental Illness
Passion + Intimacy + Commitment = Consummate Love