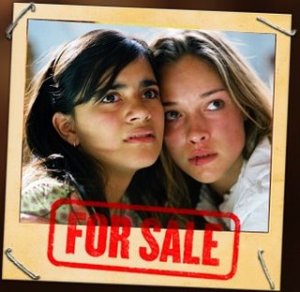 Like most girls who end up in prostitution “Alissa” grew up in an abusive home. But at age 16 a deceptive Prince not-so-Charming came to her “rescue.” He told her she was attractive and that he’d like to be her boyfriend. Flattered, she accepted. Soon after, he prostituted her.

Alissa stayed with him, partly because she felt emotionally attached. Girls who have lived without love crave it and often take whatever they can get. Pimps know this and use it. But she also stayed because she feared his violence.

Nick Kristof told this story in the New York Times:

She was sold to johns seven days a week, 365 days a year. After a couple of years, she fled, but a pimp tracked her down and — with the women he controlled — beat and stomped Alissa, breaking her jaw and several ribs, she said. That led her to cooperate with the police.

Perhaps the strangest part of this story is that she was sold on Backpage.com, which is owned by Village Voice Media. Strange, since Village Voice is a well-known alternative journal whose aim is to speak truth to power. Yet Backpage makes up about 70% of prostitution advertising among similar Web sites. Most of the Backpage ads are legit, but the sex slavery that it promotes is troubling.

John Mailer, son of Village Voice co-founder Norman Mailer, has called for Backpage to shut down. As he put it:

The Village Voice was born out of the desire for an independent media voice for the people, a voice that had the freedom and authority to hold those who abuse power accountable for their actions… As my father’s son, knowing all of the hopes and dreams that went into the work of creating this particular paper, the Village Voice appears to have lost its way…

Pandora Young, now at Media BistroI, has also felt the pangs of conscience. For years she worked at the Village Voice-owned LA Weekly. She said:

I knew that I was being paid in some small part by blood money. And while I felt lousy about it, I did nothing beyond kvetching about the problem with fellow employees. I always cashed my paychecks, and I never gave a dime to help victims of sex trafficking.

Some defend Backpage’s right to free speech. And Village Voice says they work hard to make sure all ads are legit. But too much gets through.

The only reasonable argument I’ve heard to keep from shuttering Backpage is that it provides a tool for law enforcement to identify trafficking victims. But Kristof points out that:

Village Voice makes some effort to screen out ads placed by traffickers and to alert authorities to abuses, but neither law enforcement officials nor antitrafficking organizations are much impressed. As a result, pressure is growing on the company to drop escort ads.

Change.org has a petition to shut down Backpage. Weigh the pros and cons yourself. If you want Backpage shut down, sign the petition here.

“All that is necessary for the triumph of evil is that good [people] do nothing.”