Women, We Are Men 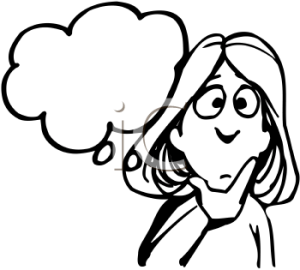 Women, we are a part of the brotherhood of mankind. We are man. We are men.

Sounds odder than usual when you put it that way. Yet women can still be expected to live with the notion that we are “men” in our daily lives.

Man, mankind, brotherhood, fellowship. The generic “he,” as in Will Rogers declaration, “I never met a man I didn’t like.” With women it’s a different story?

The egalitarian Unitarian congregation I attend calls itself a “fellowship.” I heard women called men during William and Kate’s nuptials (yep, I watched the royal wedding). And four years ago when Hillary was running as the first serious woman candidate, I found it strange when she stated in a campaign speech, “Kitchen table issues … are ones the next president can actually do something about if he actually cares about it.” He? She thought Obama would win?

Some say it’s just generic. No one interprets all this as meaning men, in particular.

But how does this sound:

Problems arise when a player runs onto the field and his cleats catch the Astroturf and she falls on her face.

My husband asked, “Who are they talking about, a man or a woman?” Anyone still think “he/his/him” are understood as gender-neutral?

When I was a kid I heard that dogs were man’s best friend, and wondered why men like dogs so much.

Turns out, this manner of speaking has psychological effects.

Drake University sociologists asked college students to bring in pictures to illustrate chapters in a textbook. One group was given titles like “Culture,” “Family,” and “Urban Life.” The other group’s titles included, “Urban Man,” “Political Man,” and “Social Man.” Two thirds of those asked for “man” titles brought in male-only pictures. But only half of the students assigned generic labels did.

Another study found that men and women who used more male pronouns in their term papers drew more male than female images when asked to draw pictures illustrating sentences.

Even women’s interest in job positions is affected by male terms. So “mailman” has been changed to “mail carrier.”

With all the “he/him/his” and “man/mankind/brotherhood” still bandied about is it any wonder that when a group of students were asked to think of a typical person, most thought of a male?

And that creates all sorts of other effects. Medical and other research are more often geared toward men because they are people. Women are only half the population – a little more than half, actually! On the human scale, women fall a bit lower, and it becomes easier to see them as objects or property. (Or sex objects.)

And that affects how women are treated and what they will accept. More on all that later.

The way to break out of this problem is to consciously see what is currently below consciousness – and make change, including gender-inclusive language.

Related Posts on BroadBlogs
Words: Sticks and Stones? Or Shaping How We See Ourselves?
Boob: A Breast? Or a Fool? “
Bitches and Dudes,” a.k.a. “Women and Men” on College Campuses