← Staring at Breasts Is Good For Men’s Health? And Women’s?
Grade School Lingerie →

Evolutionary psychologist, Satoshi Kanazawa, claims Black women are less attractive than others. It’s apparently such good science that Psychology Today posted his piece on their website. Maybe not. They quickly took it down and recently apologized. 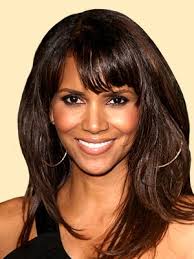 Really, we need to take evolutionary psychology with a grain of salt. Some research from this field may have some basis. But much carries cultural bias. Indeed, as Tami Winfrey Harris over  at Ms. points out, others have demonstrated Kanazawa’s bad methodology and his taste for fashioning racism, sexism and conservatism as science. As much of evolutionary psychology is prone to do, I might add.

That said, as Harris eloquently observers:

All women bear the burden of the European beauty standard and the fact that, as women, our value as human beings is too often defined by how closely we fit the
standard—how close we are to being white, blond, blue-eyed, thin, with long, straight hair, and a keen nose and lips. Narrow standards of beauty are oppressive to all but a few, but it is Black women as a whole who are held up as the opposite of the ideal.

On Harris’ point, people do tend to prefer the features and fashions of powerful groups, but the bias is about power, not innate beauty. Just a couple examples:

When prosperous and influential Chinese families bound the feet of their daughters to signal wealth (what woman could work with bound, dysfunctional feet?) small feet came to be seen as beautiful. Unfortunately, poor Chinese soon imitated the fashion in pursuit of this excruciating “beauty.”

Blacks do have less power than other ethnic groups due to intense prejudice which was created to support their enslavement and the discrimination that followed. (It’s easier to feel okay about enslaving someone if they’re not quite seen as people.) Due to a history of educational and occupational discrimination, it has been more difficult for the Black community to gain and pass on wealth.

And yet, looking at all the women on this page all I can say is black is truly beautiful.

Related Posts on BroadBlogs
(racism)
How Does Racism Hurt Racists? The Case of Emmett Till
“Why I Left the KKK”: One Man’s Revelation

← Staring at Breasts Is Good For Men’s Health? And Women’s?
Grade School Lingerie →