← Trump, Egocentrism and Morality
Becoming A Sex Worker – The Brutal →

Straight Women O0ooo Less Than Everyone Else 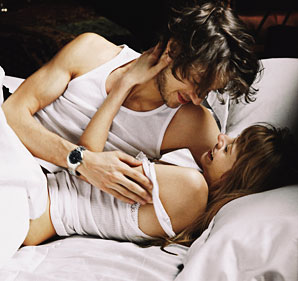 Why do straight women orgasm less often than everyone else?

And what can they and their partners do about it?

When it comes to sexual enjoyment there’s a big gap between straight women and everyone else say researchers from Chapman University, Indiana University and the Kinsey Institute.

The answer seems to be multi-pronged.

Men oriented toward pleasing themselves?

One problem may be that men are more oriented toward pleasing themselves than pleasing their partners. Just look at the numbers:

Lesbians orgasm 86% of the time they have sex. But that number drops significantly when a man enters the picture. Bisexual women orgasm only 68% of the time — and 65% for straight women.

But lesbians live outside of that sphere.

Interestingly, whoever has sex with men orgasms less. Compared to the 95% orgasm rate for straight men, gay men climax 89% of the time and bisexual men are at virtually the same level — 88%.

Do gay and bisexual men orgasm less because they are more likely to have a partner who is focused primarily on his own needs?

Yet gay and bi men are still much more likely to climax than straight women are. Maybe because men are strongly focused on their own needs so there’s a counterbalance?

I’m actually not blaming men or women for this situation. I’m blaming our culture, which we all internalize.

The notion that men are more entitled to sex is a prevalent societal notion that unconsciously seeps into most of our minds. Usually, we aren’t aware of our socialization until it’s brought to our attention. (In fact, some of my students have said they never realized they did this until I pointed out.)

Why are lesbians so satisfied?

Why, exactly, are lesbians so satisfied?

Chapman University Assistant Professor of psychology, and lead author of the study, David A. Frederick told the Chicago Tribune,

So men of every sort orgasm more then their female counterparts.

There important societal reasons for that:

As a result, it takes more to get women interested and to keep them from being distracted from sex. And quite frankly, there is a lot about lesbianism that can help in that regard.

Women are taught that objectified images are for men (since they almost always are), so in bed a lesbian is less likely to objectify herself — worry about how she looks or prioritize her partner’s pleasure over her own. So lesbians can focus more on their own personal pleasure.

Still, women are taught to be nurturing and empathetic, so perhaps it’s not surprising that two women together would make great effort to please each other. But without the objectification that would leave their own needs wanting.

Plus, lesbians know how female anatomy works from personal experience, which can make it easier to understand what their partner would enjoy.

Women in lesbian relationships are also less likely to feel like they are mere pawns in a game in which their partners score while they lose.

A lesson for straight men and women

Clearly, there is a lesson in all this for straight men and women.

Men and women both need to appreciate a woman’s beauty and sexuality outside our culture’s narrow notions of what’s attractive, and without objectifying. They both need to celebrate her sexual pleasure, and communicate about what feels good.

And don’t forget that women’s bodies work differently from men’s. Most women don’t seem to orgasm vaginally. Only 35% of the women who stuck to vaginal sex managed to orgasm. For women, outercourse usually beats intercourse.

And take your time. Women who made love for 30 minutes or more were much more likely to climax.

← Trump, Egocentrism and Morality
Becoming A Sex Worker – The Brutal →