← Hand-Holding: More Intimate Than Sex?
How I’m Seen Differently in a Female Body →

Why Do I Care What Others Think?

Most people trumpet their successes and hide their failures.

When we win a race, a game, or an award, public recognition gives us a boost. We want to spread the word — and we hope that others will, too.

But when we fail at a project… or basic stair climbing… we hope no one sees the fall. And if they do, we hope they won’t gossip.

Rejection and humiliation make us think we’re no good.

But why do we care?

We seem to be hardwired to care

We seem to be wired so that how others see us affects how we see ourselves.

After all, how I see myself seems merely “subjective.” But when many others see me a certain way it seems more “objective.” And hence, more real… more significant.

A fancy phrase for the phenomenon is, “the social construction of personal identity.”

The wiring can benefit us

Sometimes we, and society, benefit from caring about what others think of us — if it spurs us to meet high expectations. We may be more courteous and competent. We may work harder to serve our families, friends and humanity. So everyone can benefit.

The wiring can devastate us

On the other hand, the wiring can be devastating — and unnecessarily so.

Maybe the only thing you can’t be too much of is cookie-cutter?

Because life is just better when everyone’s the same, right?

If other people’s opinions aren’t always right, they needn’t determine how we see ourselves. Instead, we must realize that: 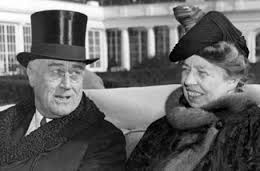 Franklin D. Roosevelt’s parents adored him. But the kids at boarding school? Not so much. He was bullied for being too proper and courteous. Of course, the boys knew nothing. FDR became one of the greatest US Presidents, successfully guiding us through the Great Depression and World War II.

Meanwhile, his wife Eleanor suffered as a little girl when her mom ignored her and said she was ugly. And when her mom and dad both died, she grew up feeling lonely and apart. But she was named “most admired girl” at boarding school. Later, she became a powerful and admired political activist, First Lady and UN delegate. 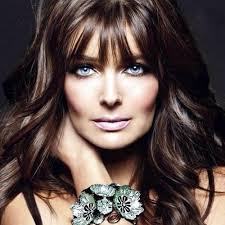 Paulina Porizkova was an immigrant child who was relentlessly teased in Sweden for being so ugly. She moved to America and became a supermodel.

“They” say I’m ugly. Is it true? And would it matter if it were?

Our physical shells don’t accurately reflect us. And beautiful people can be downright ugly.

Our identities are socially constructed… influenced.

But our identities need not be socially determined.

← Hand-Holding: More Intimate Than Sex?
How I’m Seen Differently in a Female Body →