← Rapists Get Child Custody?
Guys in the Friendzone → 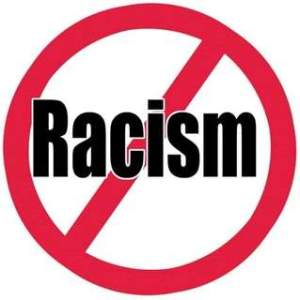 Evolutionary psychology says racism is in our genes — a genetic adaptation that helps groups survive by favoring themselves over others. Skin color cues us in to who’s “in” and who’s “out.” (Yet the most prosperous areas of the world are those that cooperate and trade with each other?)

When I explain the theory, my students are appalled. (Though they readily accept evolutionary psych when it comes to explaining supposed sex differences.)

I once wrote a comment questioning evolutionary psychology on Slate and got the following response:

And what about all of those studies on doctors that found they treat patients differently because of race? What about those studies that show that we show preference to people wearing the same color of shirts as us?

Then shouldn’t children prefer parents who have their same hair/eye color? Not in my case. My mom has brown eyes and very light skin like me and my dad has green eyes and darker skin. Yet as a child I preferred him because mom was the disciplinarian.

And doctors could treat patients differently because they learn prejudice and not because they are genetically programmed to discriminate.

You also have to wonder why so many brown-haired, brown-eyed people have a preference for blonde, blue-eyed looks if our genes cause us to prefer our own type. But then, we’re all bombarded with messages that teach us that blue eyes and blond hair are best, at least on women.

Relatedly, about half of the Black people who take Harvard’s test of unconscious prejudice show a preference for Whites. If evolutionary psychology is right, shouldn’t they have a preference for Blacks? But again, Black Americans (just like the rest of us) are barraged with unfortunate messages that White is prettier, smarter, and less criminal.

Meanwhile, some people show “no preference” for either race when they take Harvard’s “implicit” test of unconscious bias.

Or consider the most recent presidential elections. The younger a person was, the more likely she or he cast a ballot for Barack Obama. Was there a mass genetic mutation that caused younger voters to be less racist? Or has society changed enough through the years that young people have simply learned less racism?

Evolutionary psychology says racism is in our genes. Looks more like it’s learned.

You inherited you grandmother’s eyes. Did you inherit her racism, as well?

← Rapists Get Child Custody?
Guys in the Friendzone →