← Why So Angry At Trans-Racial Folk?
How To Make Yourself Irresistibly Attractive To Others! → 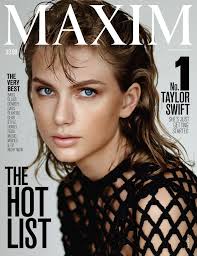 Taylor Swift speaks to Maxim about her feminism

Once upon a time Taylor Swift denied being a feminist. Because she didn’t know what feminism was.

Back then she told The Daily Beast,

I don’t really think about things as guys versus girls. I never have. I was raised by parents who brought me up to think if you work as hard as guys, you can go far in life.

But she’s had an awakening. First thru a friendship with Lena Dunham. As she told The Guardian:

As a teenager, I didn’t understand that saying you’re a feminist is just saying that you hope women and men will have equal rights and equal opportunities.

What it seemed to me, the way it was phrased in culture, society, was that you hate men. And now, I think a lot of girls have had a feminist awakening because they understand what the word means.

For so long it’s been made to seem like something where you’d picket against the opposite sex, whereas it’s not about that at all. Becoming friends with Lena – without her preaching to me, but just seeing why she believes what she believes, why she says what she says, why she stands for what she stands for – has made me realize that I’ve been taking a feminist stance without actually saying so.

And then experience heightened her awakening. 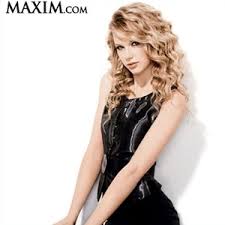 As she explained to Maxim, she came to see that,

I think that when I used to say, ‘Oh, feminism’s not really on my radar,’ it was because when I was just seen as a kid I wasn’t as threatening. I didn’t see myself being held back until I was a woman.

She sees a double standard that criticizes her for writing from personal experience:

To me, feminism is probably the most important movement that you could embrace, because it’s just basically another word for equality.

Taylor’s initial “coming out” was a bit rocky. Not long after first declaring her new consciousness, her “Shake It Off” video showed her in a variety of dance genres, including ballet, cheerleading, breakdancing, baton twirling and twerking. The twerking was seen as appropriating black culture.

Even feminists can, from time to time, use some education on cultural sensitivity. But as we grow it is more helpful, and generous, to educate rather than attack.

This is part of a recurring series on feminist celebs.

← Why So Angry At Trans-Racial Folk?
How To Make Yourself Irresistibly Attractive To Others! →