Mississippi Morals: So What if Women Die? 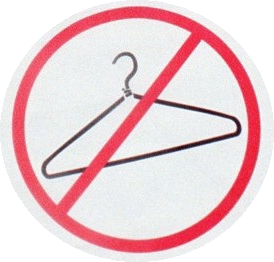 When I was 20, exactly 20 years ago this past October 25th, I was abducted, raped, and shot twice by two teenagers on a car-jacking spree. I did not get pregnant, thank goodness. But if I had, and something like Initiative 26 had been in place, I would have been forced, by the state of Mississippi, to bear that child. Giving birth might have killed me physically (the gunshot wound to my lower back was life-threatening), if not emotionally.

That’s from Cristen Hemmins, who became a political activist in Mississippi with Initiative 26 (the “Personhood Initiative”). If that law had passed a woman would not have been able to get an abortion even in cases of rape, incest, or if her life were endangered. Miscarriage could have become a police investigation. And at least some (possibly all) forms of contraception would have become illegal.

Now Cristen is fighting to keep the last abortion clinic in the state open as a new law — ostensibly protecting women’s health – requires providers to have admitting privileges to a local hospital.

She says this standard is both unreachable (the clinic has had no luck getting the hospital to send the necessary forms) and medically unnecessary.

“Medically unnecessary” is an understatement. It is dangerous.

If women must save money to travel out of state, they risk having the procedure when the pregnancy is further along and more dangerous.

Others will resort to back alley abortionists or use coat hangers on themselves.

This is healthier than current Mississippi law?

Dr. Douglas Laube, board chair of Physicians for Reproductive Choice and Health, wrote a letter to the editor warning that the law will harm women. He says that doctors in his organization, “know that when women seeking abortion are denied safe, legal procedures, they look for other ways to end their pregnancies.”

In fact, before Roe v. Wade doctors were at the forefront of the movement to make abortion legal, having seen too many women die.

But Mississippi State Rep. Bubba Carpenter doesn’t give a hoot:

They’re like, “Well, the poor pitiful women that can’t afford to go out of state are just going to start doing them at home with a coat hanger.” That’s what we’ve heard over and over and over. But hey–you have to have moral values.

So these Mississippi pro-lifers are fine with a law that will cause young women to die.

Popular Posts on BroadBlogs
Corporations Are People; Women Not So Much
Crying Religious Intolerance While Violating Rights
Markets Must Be Free; Women Must Be Constrained