How I’m Seen Differently in a Female Body 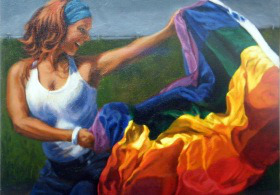 No aspect of my existence, no moment of the day, no contact, no arrangement, no response is not different for men and for women. The very tone of voice in which I was now addressed, the very posture of the person next in the line.

And if others’ responses shifted, so did my own. The more I was treated as a woman, the more woman I became. I adapted willy-nilly. If I was assumed to be incompetent at reversing cars, or opening bottles, oddly incompetent I found myself becoming. If the case was too heavy for me, inexplicably I found it so myself.

Women treated me with a frankness which was one of the happiest discoveries of my metamorphosis. But I also found men treating me more and more as junior. I discovered that even now men prefer women to be less informed, less able, less talkative, and certainly less self-centered than they are themselves; so I generally obliged.