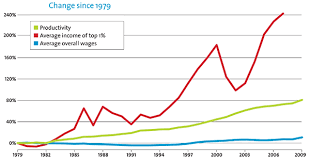 No Longer Blinded by the Right

“It’s not fair that you get a free lunch when my mom has to work to pay for mine.”

That’s what I told a classmate at age 10.

In this view I was like a lot of conservatives.

In his book, Why Americans Hate Welfare, Martin Gilens found that while most want to fight poverty, many don’t like welfare, feeling the recipients are lazy and undeserving.

George Lakoff studies how language affects the mind. He says conservative morality is based on the notion that people should have “liberty to seek their self interest and their own well-being without worrying or being responsible for the well-being or interest of anybody else,” especially since — in their view — welfare fosters a “culture of dependency.”

All we need is equal opportunity, right?

Until taking a high school course taught by a conservative economist and a liberal political scientist, presenting opposing views, I had thought that equal opportunity meant that everyone was free to get a job.

Turns out, there’s not an even playing field.

A poor child sits in class but can’t read the chalkboard or a book because she needs glasses. Or she can’t focus on her studies because of a toothache. Or she can’t concentrate because she’s so hungry. If she’s not white she’ll likely face racial discrimination, too.

This little girl is less likely to learn, graduate and work, becoming a drain on society instead — whether through welfare or crime.

How can she get proper nutrition and health care so that she can get a decent education? Taxing those blessed with more is an obvious route. After all, it’s not fair that some kids are lucky enough to have rich parents and all the advantages that brings.

Republicans say tax cuts for “job creators” (the rich) will cure everything, including the economy. Even though businesses don’t hire just because they have extra money on hand. Really, businesses hire out of increased demand from consumers – who would have more money to spend if tax cuts were focused on the middle class. And if jobs for teachers, police, firefighters and people who build infrastructure were brought back.

But if those with more are unwilling to pay a bit more in taxes, how can poor kids get a shot at success?

Some suggest charity. But even with all the charitable giving little children still go hungry and go without healthcare. And go without educations.

So I moved leftward.

And so did Jeremiah Goulka, a former conservative strategist. As he explained in a post he wrote for TomDispatch.com and reposted in Common Dreams:

My old Republican worldview was flawed because it was based upon a small and particularly rosy sliver of reality.  To preserve that worldview, I had to believe that people had morally earned their “just” desserts, and I had to ignore those whining liberals who tried to point out that the world didn’t actually work that way.  I think this shows why Republicans put so much effort into “creat[ing] our own reality,” into fostering distrust of liberals, experts, scientists, and academics, and why they won’t let a campaign “be dictated by fact-checkers” (as a Romney pollster put it).  It explains why study after study shows – examples here, here, and here — that avid consumers of Republican-oriented media are more poorly informed than people who use other news sources or don’t bother to follow the news at all.

When I scolded my young classmate with a free lunch ticket I hadn’t realized that it wasn’t fair that I was lucky enough to have parents who could feed me.

Popular Posts on BroadBlogs
The Crimes of Hoodies, Short Skirts and Fannie Mae
Why Do Women Fight Against Their Own Interests?
Government Takeover of Our Bodies