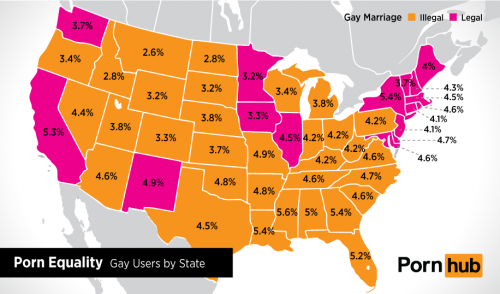 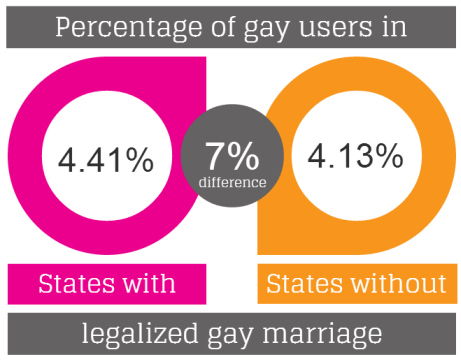 1. There is the (barely) repressed homosexuality theory, of course. This is the idea that some people express homophobic attitudes because they fear being non-heterosexual themselves. So, out of fear of exposure, or fear of their own feelings, they are vocally anti-LGBT rights. There’s data that backs this up in at least some cases.

2. Another possibility is that both homosexual inclinations and anti-gay hatred are high in Southern states, but not in the same people. This is one version of the contact hypothesis: the presence and visibility of gay, lesbian, and bisexual people threatens the norm of heterosexuality, increasing opposition. This is consistent with data showing, for example, that white racial resentment is higher in counties with larger populations of black folk.

3. Or, it may be that politicians in Southern states stoke anti-gay attitudes in order to win elections. They may be doing so as a simple strategy. Or, it may be part of that notorious “culture war,” a politics that supposedly distracts poor and working class people from their own economic interests by getting them to focus on so-called social issues like abortion and same-sex marriage.

As fun as it is to snicker at the fact that the part of the country that claims a moral high ground on homosexuality is over-represented in pursuing it (at least digitally), there’s also probably some pretty interesting social/psychology sociology here.

Lisa Wade, PhD is a professor at Occidental College. She is the author of American Hookup, a book about college sexual culture, and a textbook about gender. You can follow her on Twitter, Facebook, and Instagram.