← Why Don’t Feminists Have Gender-Neutral Kids?
Honesty is the Best Policy in Relationships? → 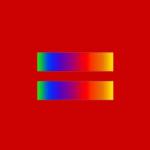 Having heard the battle cry, “Gays are against God!” my Women’s Perspective club decided to visit the Christian club on campus.

We’d visited a lot of clubs, on numerous issues, hoping to take in various points of view. So we took a turn with “The Upside Down Club,” so named because they felt that their ideas were the reverse of society’s.

This group surprised us more than any other.

When we asked how they, as Christians, felt about legislating against gay rights, they said they were against it.

We believe in the separation of church and state.

I am personally against gay marriage, but feel that no ones religious beliefs should be deemed the law of the land. We shouldn’t force our beliefs on everyone else.

Others felt there were conflicts between anti-gay passages in the Bible and the command to “love thy neighbor,” which they felt was the higher law.

In my classes, some Christian students are for gay marriage because they’ve learned how it helps families. After all, without marriage children may not be able to visit a sick parent in the hospital, they can lose out on social security or inheritance if a parent dies, they aren’t guaranteed child support if parents separate, and mom and dad aren’t given job-protected time to care for a new child. So gay marriage strengthens families.

Along this vein, some of my Mormon friends belong to an organization called Mormons for Marriage, which promotes gay nuptials with the slogan, “Family! It’s About Time.” They feel that marriage will be strengthened, not weakened, when gay couples have the same civil rights as heterosexuals.

I can relate. I know several couples who divorced because one spouse was straight and the other was gay. The relationships were unstable and the breakups certainly weren’t good for families.

From time to time, Christian students in my classes apologize for the intolerance of other Christians, who get so much publicity.

Nice to see these folks truly living the Golden Rule.

This is a rerun. I’m on vacation. Now that the US Supreme Court has made marriage legal across the US I’m wondering how some of the more intolerant Christians will respond.

← Why Don’t Feminists Have Gender-Neutral Kids?
Honesty is the Best Policy in Relationships? →