← Any Reason to Have Sex If You’d Rather Not?
Markets Must Be Free; Women Must Be Constrained → 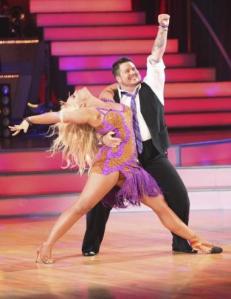 When Chaz Bono began Dancing With The Stars he got death threats and the show faced a boycott. Psychiatrist and Fox News commentator, Dr. Keith Ablow, told parents to bar kids from watching Chaz, as seeing him could cause youngsters to want a sex change. Girls might even want to cut their breasts off, he warned.

Despite all this – and not so snazzy dance moves — Chaz stayed popular for quite a while, being booted off the show only last week. No reports yet on how many girls have asked to sever their breasts.

Plenty of people think Chaz is pretty scary. He doesn’t frighten me. Why do some feel so menaced by the transgendered?

American Indians felt differently. Before European contact, if a biological female wanted to be a man, joining men in the hunt and war, that was fine. If a biological male wanted to take on a womanly role that was a-okay, too. Among the Indians, the transgendered were something special – having a foot in both gendered worlds – and so they presided over ceremonies of major life transitions: birth, marriage and death.

But those American Indians were egalitarian, whereas homophobia and trans-fear come out of patriarchy, suggesting a clue to the anxiety’s source.

Under patriarchy, men are deemed superior. So a lot of effort goes into proving manhood and worthiness for that exalted status. If a woman can so easily become a man, how superior are males, really?

How much call do men have to head homes? To take charge? To sit at the front of the B110 bus in Brooklyn? To enjoy male privilege? If women can become men, the patriarchy falls apart. And for many men, so does their self-worth.

If a man feels self-secure he won’t be threatened by women’s equality. And he won’t be so frightened by the likes of Chaz Bono.

And sure, in a culture where people rarely see the transgendered, they can feel anxious in their disorientation.

But by strutting his stuff for all the world to see, and by being proud of who he is, perhaps Chaz will help other transgendered people to feel more secure and accepted.

Love over hate and fear.

← Any Reason to Have Sex If You’d Rather Not?
Markets Must Be Free; Women Must Be Constrained →