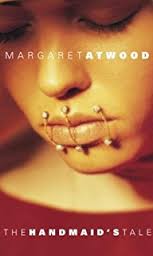 Fertile women of Gilead’s Handmaid’s Tale (Hulu, airing today) were not seen as people. They were mere vessels carrying the babies of men.

I understand that they (women) feel like that is their body (but) what I call them is, is you’re a ‘host.

Women don’t have bodies. They are incubators for other people’s bodies.

Do baby girls have bodies until they become fertile and then lose them? END_OF_DOCUMENT_TOKEN_TO_BE_REPLACED

Women Are Incubators? Or Cattle?

Our bodies — our right. Unless women don’t have bodies.

In non-patriarchal societies women are valued.

Not so much in patriarchies, where men rule and men are valued over women — whether you’re talking present-day America or the world circa B.C.E.

Oklahoma and Wyoming Republicans agree women aren’t people, disagree on just what they are.